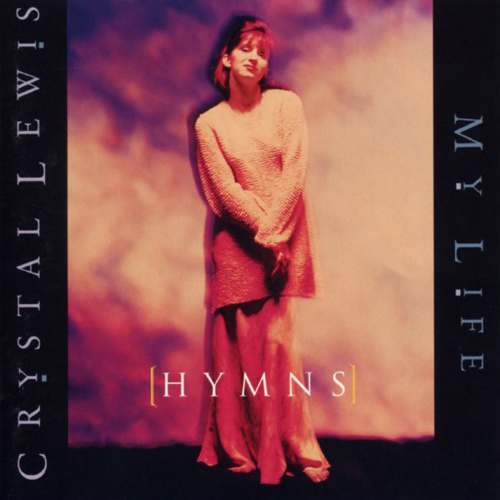 Hymns - My Life by Crystal Lewis

I saw a blood washed pilgrim,
a sinner saved by grace,
Upon the King's highway, with peaceful, shining face;
Temptations sore beset him,
but nothing could afright;
He said, "The yoke is easy, the burden, it is light."

His helmet was salvation, a simple faith his shield,
And righteousness his breastplate,
the spirit's sword he'd wield.
All fiery darts arrested,
and quenched their blazing flight;
He cried "The yoke is easy, the burden, it is light."

I saw him in the furnace; he doubted not, nor feared,
And in the flames beside him,
the Son of God appeared;
Though seven times 'twas heated,
with all the tempter's might,
He cried, "The yoke is easy, the burden, it is light."

'Mid storms, and clouds, and trials,
in prison, at the stake,
He leaped for joy, rejoicing, 'twas all for Jesus' sake;
That God should count him worthy,
was such supreme delight,
He cried, "The yoke is easy, the burden, is so light."

I saw him overcoming, through all the swelling strife,
Until he crossed the threshold of God's eternal life;
The crown, the throne, the scepter, the name, the stone so white,
Were his, who found, in Jesus, the yoke and burden light.