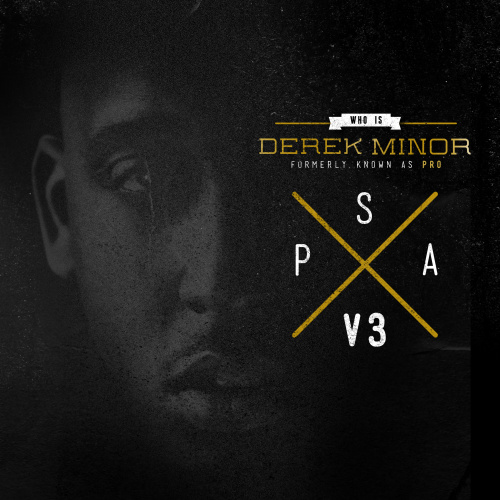 Verse 1: Derek Minor
Uh, marijuana in his jeans pocket
Nine millimeter, you don't want that boy to cock it
Chevy Caprice classy
DVD and the dash bumpin' that Flocka like, "I will let these boys have it!"
Twisted mentally, hold his pistol like "Lord, thank ya"
He on a mission, no superstition, he is a gangsta
In the Jungle, the cops is posted, they want him captive
Rival gang, he killed they homie, they want him blasted
Uh-huh, and that's like every single day brother
In the hood I know the Devil is undercover
So my goal is: pull back the covers
And pray to God that he saves some fathers for all our mothers
What I see in my backyard is no goodie
Just found out that black men can't wear hoodies
They see a mug shot, I see Creation of God
They need the Spirit to grip his soul, soften his heart
Put the gun away, you don't wanna blast me
'Cause the Father makes men like a GI Joe factory
Life ain't yours to take, homie he ain't havin' it
You have no right to break a dish in his china cabinet
Oppress people plus broke, it's simple mathematics
The Desert E squeeze will flip 'em like gymnastics
And I'm supposed to just say nothing? Nah, I'm a SAY SOMETHING

Verse 2: R-Swift
Cops, armors, and shots create insomniacs
The concrete jungle we strugglin' for survival at
I push hope where reality seems to rival that
I want change but become first that's where my 'juana's at
Crack in the airwaves, dope in the beats
Hypnotized minds, so no hope in the streets
Old heads saying that peace is something foreign
Too far from the days where they were marching with Martin
Priority's departed, I wonder what rearranged them
A whole generation and not enough men to raise them
From the street, and they wonder where I get my pain from
I guess it comes from knowing what can change 'em
They sayin' I'm wasting my time preaching
But obviously to me there's no wasting my lines reaching
I mix some Martin Luther with rap, a real lane
Truth in the facts, some revolution for spare change

Verse 3: Sho Baraka
I used to wish for the day that I could make it up to Jacob
But now I'm on my Jacob, I wrestle with God, wake up
Watching these fools, I'm seeing how time's wasted
It seems like the finish line moves when I'm racing
Surgical rap for those who've been scarred
Disconnected from the source, but still gettin' charged
And on the TV, I feel like the people need me
My pen speaks freely, I'm something like Phyllis Wheatley
Watching what I'm eating, the poison that got me fed up
Civil rights music, Malcolm X, Mandela
We bump 'Pac, Africans – Bob Feller
Music is therapy until times gets better
Walking on the streets, I get this disturbing feeling
I don't need to hear Uganda to see invisible children
Swimming up creek, yeah, life's hard
Life's a beach, I see them drowning up in my backyard
Yeah, and change doesn't come from closed lips
It's hard to greet peace when you live with a closed fist
We want that imago dei, image before the fall
He's our perfect picture, win, lose, or draw
Life has gotta be more than going to malls
Finding a bra, Hammer Time and nailing 'em all
This is rap with a cause, saints, sinners and God
I will not sell my soul just to get an applause
To all involved, I know that the system's flawed
Unjust laws has got my people on poles
This is the voice of the old Negro city-ans
Mysterious bombings of a black-only business
Am I the only witness that still feels the persistence?
Strong-arm momma, slave-owning Christian
Huh... I'm back in hell again
Oh snap, is this about my melanin?