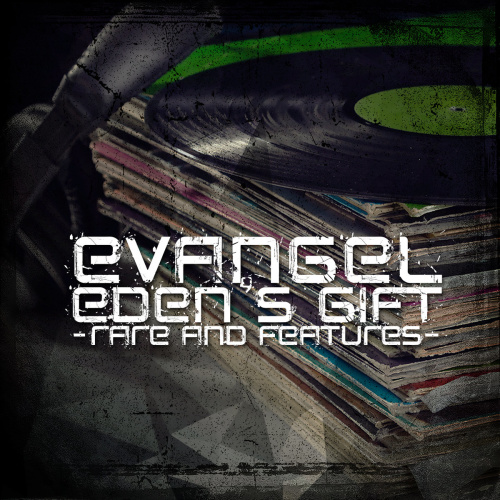 The Time: 20th Century
The Place: China
The Martyr: A young girl

"Yeah they went ahead of us, now the path is straight

And died so that we could have life past the grave"
-Da T.R.U.T.H from Our World from The Faith

We would gather so Pastor could season us Christians
We were pleased just to hear the reading of Scripture
Because here in Asia, we can't worship like the States
Because servants of grace might be murdered for their faith
So we give Christ the praises secretly, we ain't treated equally
Even on today our bible study's held illegally
As Pastor opened to read from the first sentence
Communist soldiers kicked the door straight off the hinges
I knew this could happen for accepting His precious gift
They threaten to kill us with guns clutched within their fist
I'm shaken and scared even though Jesus is my everything
I don't know if I'm prepared to die at the age of seventeen
The leading official turned to my pastor and looked
Put a gun to his face and told him "Hand over the book!"
He reluctantly handed over the text that he so adored
They laughed as he grabbed it and it was smashed to the floor
I was truly grieved as I looked in his eyes
He said, "Any of you can leave if you spit on this book of lies!"
A man walked up, cried as he fell to the floor
"Father forgive me"- "Leave! Now you can go!"
I trembled with fear my mind started to think about death
Hair leaking with sweat I thought my heart would beat through my chest
A woman that walked up next spit on the Bible and left
The official shot in the air of the air continued yelling out threats
I was tempted to do it- I just wanted to leave
The moment I thought this, I felt overwhelmingly grieved
I gritted my teeth, tears began to stream down my face
I needed some faith I just started to think on His grace
In my head I said "forget it" as I walked toward the text
Kneeled to the floor, wiped the spit off the Bible with my dress
To live is Christ, to die is gain ain't a popular song
I said, "Father forgive them as I was shot in the dome


The Time: 1536
The Place: Outside of Brussels
The Martyr: William Tyndale

I refuse to look to John Huss whose goose was cooked
Lord, I wanna put your truth in books
Now concerning my faith no turning away
I know eternity awaits even if I'm burned at the stake
Like avoiding their attacks of me would profit me
Great Whore that could be properly the papacy and prophecy
They say the Pope's the holiest
Only if these people could see its phoniness and Scripturally erroneous
The Pope of men fail to respect- they wanna seek death
of William Tyndale so then I inhale a deep breath
Two doors- my hands push
As I stride inside I was grabbed by men hiding- it's an ambush!
I was sabotaged- he was disguised and camouflaged
As a friend of me- I didn't know he was the enemy
Now through discerning, I see this group is yearning
With ill will to kill bill like Uma Thurman
It's a chaotic frenzy as they plot against me
Hey if God defends me or ends me- He'll soon determine
Now I plead for these people (forgive 'em!) they grieve Your cathedral
I don't wanna repay evil for evil
When I'm weak I'm made strong- got my brave face on
We're sheep for the slaughter being killed all the day long
I'll never be a man-pleaser
No matter how tight the grip of the hand squeezer
I can't breathe- I'll stand with Jesus
Even if plans are grievous as they try to put me to sleep like anesthesia
Now I'm gagging and gasping- I'm sold out for You
No doubt this noose won't choke out the truth
And leave a lasting legacy- cats who would never read
your Word after the death of me cats can cleverly
get pass the heresy and grab for this weaponry
Your sword- now Lord I pass to the heavenlies


The Time: Approximately 100 A.D.
The Place: Rome
The Martyr: Anonymous

My wrists bleed from the shackles, as I get dragged in the gravel
My ribs hurt, was arrested and tackled.
Snatched up, I was preaching, pulled in a packed road
beat for the God that I stand for
A young man, I'm a Roman, version of Daniel
But yo I got to be an example
Seized by decree of the emperor's panel
to kill Christians in all of the land so
Yo now they got me, tied up, tugged, getting trampled
Hauled to my death while they chant yo
"NO GOSPEL, CHRIST IS A SCANDAL!"
The mob screams as I'm violently handled
But I am a sample of grace that is ample
to save though the pain isn't cancelled
Strained as I'm maimed by the rage of the grapple
Each swing hurting me, more than the last blow
Kicked by their sandals, struck by their rods
Cracked from the whips in the hands of the guards
Mocked by the people they bask in their evil
Storing up wrath in the path of my God!
But AH! "What a relief it is to be in Jesus!"
Even beaten if Christ is the reason
Pulled to the center of Rome- a crowd's meeting
They chant for my death and indict me with treason
I get tied to a pole by a soldier, shaped like an ogre
Rope 'round my legs and rope 'round my shoulders
He signals his boys and he yells out,
"Yo ya'll bring the torch over!"
So now I'm facing the blaze, facing the pain
By grace putting faith in His name
He says, "Last call for a recant", I say "we can't!"
So he ignites me in flames


The Time: Approximately 62 A.D.
The Place: Jerusalem
The Martyr: James, the brother of Jesus

Sovereign Lord, You're so holy, you know me
I'm nothing but dust and I trust in You only
I see the faces in the crowd below me
I'm standing on the rooftop of the temple and they're about to throw me
Off because I've been causing a major fuss
They call me James the Just- Jesus the name I trust
In the days of His flesh, He was my brother in the physical
I thought that He was crazy- enough that I would ridicule
But since His resurrection, I see He meticulously rules
And next to His perfections, I'm ridiculously minuscule
Astounding, I'm taking a pounding and bruised for Him
I look around and see the mountains surrounding Jerusalem
Suddenly I get calm
Reminded of God's promise in verse 2 of the 125th Psalm
I hear their obscene chatter- for me no tears or screams scattered
Or fears of getting my spleen splattered
Christ is supreme, so extreme is the theme of His redeemed team
My no means is my dream shattered
Embracing what is after as I'm facing this disaster
I have to because no slave is greater than his master
They told me (to) deny Jesus and not be an Apostle
My response- "Repent and believe in the gospel!"
They threw me off the roof for that last phrase spoken
I hit the ground alive with both of my legs broken
They're acting so wickedly with no sympathy
My blood flowed vividly, I felt stones hitting me
Yo, inwardly Jesus gave me peace like Steve and them
I reached up to heaven and began to intercede for them
"Father forgive them, though their sin's great and enormous"
One of their own said, "Brothers, wait! He's praying for us"
One cat had so much hate in his heart for Jesus
His blunt instrument crushed my skull into pieces


The Time: Modern Day
The Place: The Streets of New York
The Martyr: A street evangelist

In the beginning, before throw backs and fitteds
I grew up in a world where no truth was in it
No hopes, no dreams, no future in it
Only crack heads with some state troopers in it
I grew up with a mother, brother, sister- no pops
Fam that's locked up, DTs and crooked cops
Dope dealers and thugs on street corners and blocks
Dudes that push weight, catch seals and get knocked
That was my life before I married the Christ
So now I rep hard on the block the day and the night
2 A.M. in the morning, it's my third week in
So far seventeen souls walked away from their sins
It's a struggle on the block in the heart of the pits
Where the fiends look like zombies as they search for a fix
Fourteen, across the street, and she's licking her lips
Asking Poppy for a date while she's grinding her hips
I can't believe what I'm seeing but thank God for the mission
Because He touches hearts and opens up the mind for the vision
And people saying I should make the right decision
Because the Devil's steady lurking but I'm moving with precision
I can't be scared- I'm a soldier for the kingdom
Armored up and I gotta rep hard 'til I meet Him
And tell the world that it's crucial they receive Him
Because He's coming back- nobody knows the A.M. or the P.M.
And on the block I could see it was beef
The Spirit told me they was coming I refused to retreat
The leader stepped to my face saying he was the man
And ain't no God in earth or heaven gonna ruin his plan
I looked him in the eyes and told him this ain't have to be the end
The Lord loved him irregardless as to what he done or did
Satan filled his heart so he ain't really care what I said
Cocked back the nine and bust three shots to my head