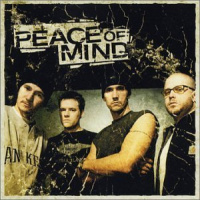 Tell me who is supreme and victorious, Tell me now
Who's name is glorious, Now who's the holiest you
Show me how, who only is the only one to create
The one and only universe now with only words
There's no one else who could just lay hold of this
Now who reigns in holiness (I am) yeah, you know he is
Who with his hand can form a man out of only dust
There's no need to guess he just did it with one
Only touch, who paid the price with his life and with
The only love, who but Jesus Christ made us right
With the only blood, who makes sin white as snow
Might it be the only son, who's the way truth and
Life light of the world, holy one it's the. . .

Tell me if you can come back from death and just
Resurrect, and at who's name will every knee bow
And tongue confess, but you claim that he just now
Don't exist, but true and plain now he's coming back
And now he's coming quick now you can just close your eyes
And live your live and just run and hide
While you deny under a pile of lies, but it won't
Coincide with the fact that he'll just crack the skies
And catch most guys off guard and just by surprise
So who if not you made the sun and the moon and
How many knew just when he came from the tomb that
What he would do is just rise just for you, then how
Can ya run from the truth when its true man . . .

Tell me if you now just uh hold in the clutch of ya hand
The whole entire planet every child, woman, and man
What you mean you can't? What you mean you won't
What you mean my man? What you telling me that
You don't know, man your just one puff and then
You'll come and go, sending prayers to the wrong
Number with the wrong area code, ehhh ehhh . . .
Disconnect, sorry but no disrespect but you can't call
On God and try to call him collect, don't work that way
No one's home, the light never came on
You're playing in the band but singing all the wrong
Songs, fact of the matter is that he already just
Came and gone, shouting for his attention
But ya keep getting his name wrong . . . Its the