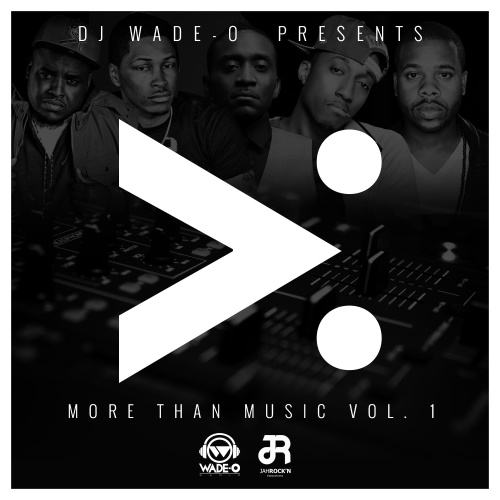 Verse 1 (Lecrae):
I'm riding round and I'm getting' it; they riding round pretendin'
I been had it, I been done, I promise that it's all empty
They say they ridin' Bugatti's, man, put some babies through college
Quit tryna' act like the trap is cool, 'cause we tired hearin' that garbage
Hey, bags of white, pints of lean, I been on dope boys since a teen
But this ain't what we meant to be, and y'all don't make no sense to me
You pump fakin', ain't shootin', ain't killin, ain't doin'
Half them thangs you say you doin', but 116 we stay true an'
Ain't dope dealin', ain't Po pimpin', talkin' 'bout my own folk killin'
We on that Jesus soul healin', so serious, gorillas
Wild ain't we, can't tame us, been changed, can't change us
1:16 – You can't shame us. Live that truth; you can't blame us

Hook:
I heard him say he bought the block
(Fakin!)
In his song he say he gansta' but he not
(Fakin!)
Say he makin' money, cashin' big checks
(Fakin!)
While his chain leavin' green on his neck
(Fakin!)
I'm not impressed

Verse 2 (Thi'sl):
He was all juiced up, thought he was Tupac
'Til 'dem boys caught him, hit him with them two shots
Now, he in the station singin' like he T-Pain
The bullets made him lean, now I guess he's 2 Chains
He bought that Bentley kit, wrapped it 'round a 300
Now matter how you put it, boy, that's still a 300
Stop that fakin' and the flatchin' cut it off
Frontin' like your paper longer than the Power Ball
He think he Scarface, guess he ain't seen the movie
Keep on fakin' 'til you face down in a Jacuzzi
With some killas in you room with some real guns
That don't make noise and ain't plastic but they real guns

Verse 3 (Lecrae):
Real recognize real; introduce ya' self
Careful with that cannon boy; you might just shoot ya' self
Somebody wake em', tell em' to stop fakin'
Before they end up lyin' in the woods buck naked
These killas fulla' them demons, while you pretendin' you Scarface
You ain't really no ghetto boy, why you fakin' that hard face?
That just made him furious; somebody call Fishburne
Tell these boys in the hood 40 cal hits burn
And hell burns hotter, I turn to the Father
I prayin', "Lord forgive em' 'cause they lyin' like Mufasa
They got these eight' graders with they eyes on a choppa
I pray the Lord save 'em 'fo He drop 'em and make 'em stop it