You Just Don't Want to Know by Marvin Winans 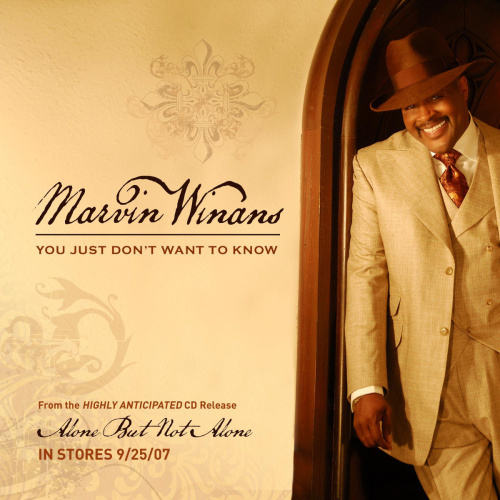 Alone But Not Alone - Single by Marvin Winans

You Just Don't Want to Know
by Marvin Winans

Album: Alone But Not Alone - Single

I hurt so many nights. Cried so many hours. Trying to make it right. Just didn't have the power. You ignored all of my tears. In hopes they'd disappear. I tried to let it show.

I came to you in love. I came to you in earnest. Could you possibly explain? Why the flames, why the furnace? Just needing to get it clear. I was hoping you would hear. I tried to let it go.

Now it's true that God is always there, He said He'd never leave. But at times the human touch is what I need. And if I had a dime for every time I tried to call your name. Some tell me, I'd be wealthy.