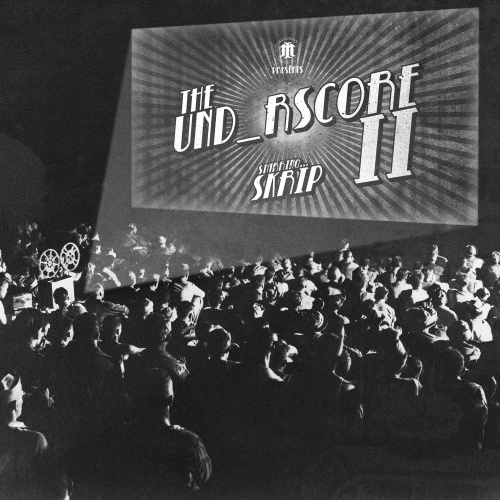 The Underscore II by Skrip

I spill it out confession
I don't need wood in front of me to ask a question
No, actually to make a statement
Firm concrete down like the pavement
Listen to what I gotta say now
'Cause I got more bars than a playground
But hold up though 'cause what I say from my own
Don't mean nothing if it ain't coming from the throne
Stand up the word so literal
In a room full of wolves I refuse to be pitiful
The rhetoric is never generic I smash degenerates
Push aside lies and bring the truth to the premises
Far too long mouths have been shut
So I endeavor to speak as the world runs a muck
Like what they say got that play up in your eardrum
It's clear son ain't gotta speak in a weird tongue
'Cause such a tiny member wreak a lot of havoc
Don't gotta be from Orlando to know it's just like magic
It's still not wizardry not a fan of witchcraft
If my tongues like artillery your boy about to get smashed
Against the darkness I harken the light
Enough power to even beam through Arkham at night
And if the industry runs the world I John Connor on 'em
Terminate and bring salvation extermination is not a problem

A.M, Skrip, c'mon!
Ayo a light speaks volumes
You should hear it whether you never pick up one of my albums, real talk
Better yet real walk where my lighters at
Sparkin' up the places where they are 'cause it's real dark
And I ain't mean sparkin' like rasta's
And I ain't mean lights like the coppers
I'm really just a Sicilian dude who like pasta
And gets mistaken for Puerto Rican no hablas
Matter fact I know a few palabras
But probably just enough to order Tapas
Alright, alright, alright back to the topic
Yeah I got something to say but it's not important
I rather give you words from the source man
Words from the sword like thus saith the Lord
Heaven and earth will pass away but my words are eternal
Repent and believe that means turn bro
Or you could fry like the colonel or you could get fired Joe Paterno
To reside in the inferno but if he died for your sins
Then why would you deny what you heard and take the curse yo?
And faith come through hearing of the word of God, so I'm a plant seeds no fertilizer
And if the world was spoken to existence
Then I know these words gotta have significance

Always being prepared to make a defense to anyone who asks you for a reason for the hope that is in you; yet do it with gentleness and respect, having a good conscience, so that, when you are slandered, those who revile your good behavior in Christ may be put to shame