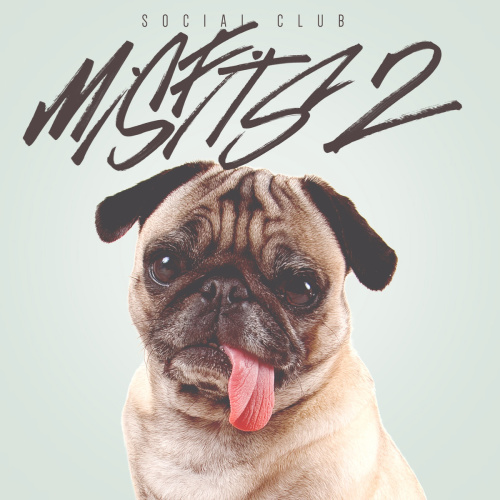 Verse 1: Martymar
Started rapping with my boys as a hobby
Driving to the mall freestyling in a car seat
Homie, I never ever thought that I'd be here
Went from sitting all alone to a beach chair
Homie, what I look like tryna get approval
All these funny looking rappers in their cool clothes
Independent rappers touring off of TuneCore
And I'll be repping Misfit Gang to my funeral
This is how it goes and I know it's so beautiful
Cuz' it be doing what I'm doing it's unusual
And if I didn't mention God I'd be stupid though
(Cuz', literally, he's amazing so... ugh)
This is how I'm living trying to finish up an album
Gotta hustle everyday never had a how come?
Two years before they were asking were you found em'
I feel like Wu Tang 93 Shaolin
I just wanna live young party with my misfits
Always was a stand out never try to to fit in
And I'm a do me, I never try to give in
Everybody got a cosign, we're the ones who didn't homie

Verse 2: Andy Mineo
Fernie shot a text with the dragon face (ERR!)
So I hit him with the whales
Me and my lady doing real good
Young boy bout to take a trip to Zales, that's trill!
Never ever thought that I would settle down
Every other city I was running round, shutting down stages
Places and states with amazing ladies
But after all that I found my favorite
White boy with the black gauges
Growing up I didn't have belts I had laces
Mamma working overnight never did the day shift, bat life
Now I live the rap life, how the heck he made it?
Aw! Scratching on their head like they had lice
Now I gotta catch the last flight
Cuz' I got church in the AM, preach!
Call me Uncle Drew they don't know who they playing with boy
There's levels to this weird, levels to this beard
Rappers I grew up on now on levels with my peers
I down at the piers, pan sear the Ahi
Coogi sweater it was knitted by the Aussies

Verse 3: F.E.R.N.
From my cousin pop lock with the L this your song
Singing from the yard cutting so strong
Street life met me at like 16
Lil jit stunting on them bikes having big dreams
18 painting pictures like Sistines
99' had the double thin big screen
For two years drove my Honda round the big tree
2005 signed to Sony rocking ?
And time flies seen'em throw it at me
I'm a G did mine with the Lord beside me
The whole time I was there they hadn't tried me
Respect goes a long way, I noticed that actually
And now back to the streets
They still playing keeps, ya'll still staying asleep
When the enemy's out there devouring the weak
And you worry bout your petty little salary this week
You see, they got you thinking bout the wrong thing
Promoting real heavy like Don King
And this is that flow ya'll been waiting for
So listen to the words that the song sings, FERN...