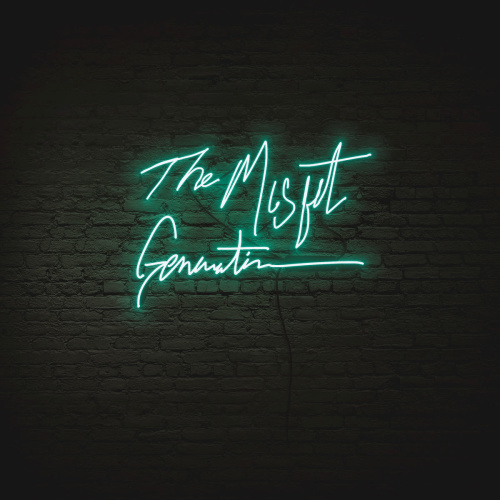 Intro: Chris Durso
Jesus Christ was indeed a misfit
He was so uncomfortable with the state and condition of this world
That He got up off the right hand side of the Father
He got up off the throne, watch the throne
And He descended to earth and He lived on this earth for 33 years
And as a result He died because of His discomfort
Which was yours and my sins
Jesus Christ was a misift and at the end of His life they crucified Him
They crucified Him on a cross
Jesus died as a result of His discomfort

Verse 1: Marty
I might be ugly but my girl is flames
Put a ring on it I'm doin my thing
They hate the way that we do everything
Make the world matter, don't care what they say
I make the songs that the radio hates
But you know how we do
They pray for my downfall like Cali
But I get more likes in a valley
You get, I get it, don't want them to find me
Only misifts around me
I'm praising my Savior who didn't leave me the same way that He found me
And He could of, I know some of my friends that would've
I know that He should've
But He picks the foolish to do all the things that I know that we shouldn't be doing and
I'm just, I'm just living
Social!

Interlude: Chris Durso
So the question isn't to be or not to be a misfit
If you are a Christian then you are a misfit by default
Each and everyone of us have a part to play
What is it that you're supposed to be doing?
What is the role that you are supposed to be playing?
What has God called you to do?
Misfits we always run towards the thing that nobody else wants to solve
Understand that your dreams and your discomfort
They go hand in hand
You dream about how things could be
So you're uncomfortable with how they are presently

Verse 2: Fern
I'm freer than a bird when I'm up in the air up at 39,000
And they say we getting money but to me that's a blessing my lil' brother, so stop counting (please stop)
I spit out rhymes like Big Pop in his prime
See, I'm trying but it's not like my mine
And I see what y'all do, how y'all do it
And it's not like how I do it
This that fly music
I'm running my city, I tell 'em my heart's for my city
So put up a fist in the air if you know you prepared
There's a war going on in my city
Not aware, that's a part of the problem
Not involved, that's a part of the problem
Not appalled, that's a problem with conscience
They stuck in they pride and it leads to the violence
It's a choice to be silent
Like you stuck on a island all by yourself with nobody to vibe with
With nobody to vibe with
I make moves but I never leave footprints
Only get a game with the brothers I'm cool with
Cadillac ATS cool whip
And they say one work do a full flip
Fernie!

Outro: Chris Durso & his daughter
See, the issues in life
They remind us that we're not God
And that we're in dire need of one
Social Club is the best!