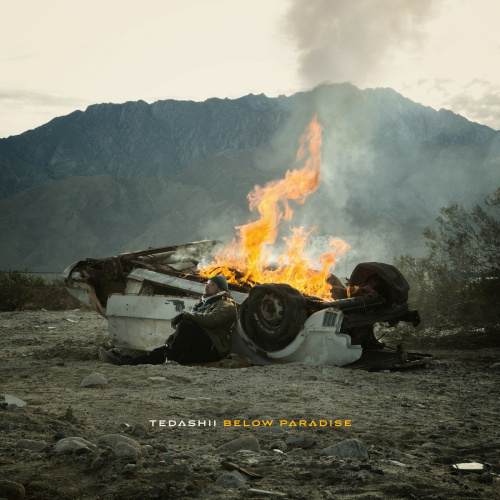 Below Paradise
by Tedashii

Verse: Tedashii
Malo
Look around, I see paradise disappear
It's a mirage to the people who's still living here
Make no mistake, life is great, but it's still lacking
Sister gone, son gone, can't deny what happen
Expensive look, crystal clear, this ain't paradise
Killing yourself to make it work, now that's a sacrifice
It's pointless as a broken arrow, put a bow on it
Wrap it up and make it pretty, maybe they won't notice nothing
Yeah, falling for the okey-doke
Guaranteed you'll take it baby, if you know she'll hold you close
In the lap of luxury, she hugging me
I'm out here exposing all my private matters publicly
Please pardon the interruption, but you don't know the score
You don't know the game, I ain't talking bout' a sport
This is real life
Where real people sneak and creep and cheat on they real wife
We got real problems
That's the real world
It's hard to face reality with the image blurred
It's hard to see the world for what it really is
A death trap, don't get attached, it's coming to an end
It's coming to an end!
I think you need to know
Teddy Pendergrass said it well, "You need to let it go"
Let me go
I tell the world, no holding back
Love's like money I borrowed
I guess I owe you that