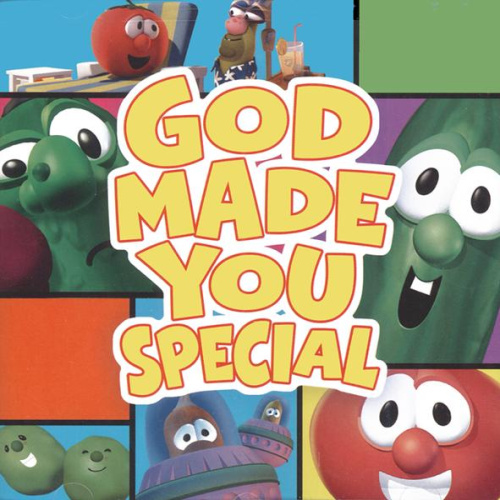 God Made You Special by VeggieTales

Album: God Made You Special
by VeggieTales

Though He spoke like a prophet, like no one they'd heard
This simple young carpenter, crowds hung on every word
He hated injustice, He taught what is right
He said, ?I'm the way and the truth and the light?

His friends soon believed that truly He was the one
The Savior, Messiah, God's one and only Son
But others they doubted, they did not agree
So they took Him, they tried Him
He died on a tree, He died on a tree

Hey Annie, your steps lookin' peppy again
I guess, when I think of Easter
Is really about
That was a great egg hunt after all

I hope those hurt more kids
Our class is almost over
Hey junior, I think someone
Is here to see you

Dad, what are you doin' here?
I caught an earlier flight junior
I couldn't bare to spend Easter Sunday away from my favorite son
Oh dad, I'm your only son