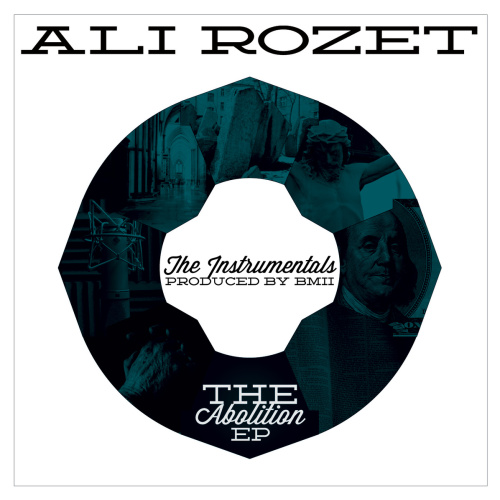 The Abolition EP - The Instrumentals by Ali Rozet

Album: The Abolition EP - The Instrumentals

Look at His love in redemption, justified in the election, of the saints, given grace through Christ resurrection/ stepped into the flesh, still lived in perfection, fulfilled the old covenant laws not too mention/ met the requirements and all the dimensions, of Messiah, Isaiah 53 as a reference/ born to be a king, one of Davids descendants, the Seed that would bless all the nations within Him/ yes He would later face death, but was destined, to lay down His life for His bride, does ya dress fit?/ woah, the hypocrites tried to protest Him, in public with questions, devised to distress Him/ but none could contest Him, He marveled and vexed them, and spoke with the authority of God when He addressed them/ yes they would penetrate flesh in an instant, but in His suffereing He still prayed for forgiveness/ empowering His followers to follow in His message, seated by the Father since the day that He ascended/ worthy is the Lamb, let us bow in His presence, Creator of the earth, and our High Priest in heaven.

There is none greater yeah, You sit so high above me Lord/ You are my savior and, I'm proud to be wrapped up in Your love/ and when You hung up on that cross for me, a sacrifice/ and appeased the wrath of God for me yeah.

He is the Most High, no one is illa, supreme healer, the rock for the giant killer/ don't ever test Him, don't bubble it, rest in the Son of Him, dressed in vests of righteousness, y'all know that old covenant/ was out dated, but then the Son changed it, the new covenant, got us looking like Him like a doublemint/ sovereign ruler, the people chooser, we are elected, so keep it moving, cause even Judas was expected/ correction destined in His intricate plan, like the Netflix He is watching in the palm of His hand/ since the fall of man, when time began, the Fathers Spirit ampersand, the Son shaped the land/ the great I AM, the plan was this though, He knew that His children would be hungry like 4 hippos, and smoking crystal/ so Rahab put a flag in the window, and the color was red yall that's not accidental/ a shadow of the gospel, this battles getting hostile(hostel) like hotels but oh well the Lord is still awesome/ its getting late floetry, God is saying go to me, you asking why you aint saved homie, cause you don't want to be.

Our lifes limited, constrained to be minimal, His power is infinite, watch what He begins to do/ Limitless, never confined to be finished with, the missions He envisioned were painted in the images/ of a time when miracles simply seemed impossible, yet His presence among the world was unstoppable/ attempt to put an end to it, intended for the benefit, to feed their selfishness, yet we represent that heaven sent/ that breaks boundaries that have ever been presented, made the world in 6 days and rested on the 7th/ cant fathom His presence, standing in His essence, my life is what He manages from heaven/ I am a man that is destined, to show the world how great He is, He is the King of all Kings, no time fore debating this/ you claiming His word is empty and full of busts, His gifts right here bringing truth to us all, lets go.