Dance (You See It) by Andy Mineo, Wordsplayed 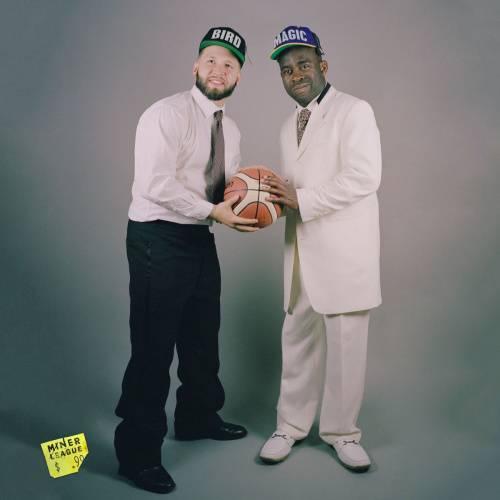 Dance (You See It)
by Andy Mineo, Wordsplayed

Verse 1: Wordsplayed
Lot of rappers overated
Homie, that's an understatement
I grew up on that Tigger in Tha Basement
You could say I made it, me and Andy goin' Kane and Undertaker
Talkin' crazy, y'all sonned the boy
But you know we ain't related
I was told that I’m kinda strange, and I can't debate it
Either way I'ma kill the game like it's premeditated
Like thu-thu boy when I'm aimin' at the booth-booth boy
Put the lighters to the roof, boy
When you ridin' in your coupe, boy
Aimin' at your whole crew, boy (bang)
I remember when police was in the hallway
Knockin', talkin'
We can hear you from long range
I said I'd turn it down, that was 'til they went away
Now I'm on my OT talkin' all day
Speak now or hold your peace
Before the Lord lay my soul to sleep
And I got some goals I gotta reach (get it, get it, get it)
These moves you gotta see

Verse 2: Andy Mineo
Body type, Jerome Bettis
I don't smoke on that lettuce (ok)
I just pour up that Chemex (what else?)
Show's over, roll credits (don't stop)
Psyche, I just got started (ayy)
It's win or learn, no losses (what else?)
Feeling sick, I might call in (what else?)
Wait, I don’t got bosses (that swag)
Yeah, I take a break but I don't ever quit (that's real)
Yah, yeesh!
I keep a hundred bars up in the clip
This summer, we finna hit London and Swiss, swish
I run a business, you runnin' your lip
Back and forth between ATL so much
I been thinkin' 'bout gettin' fronts
Nowadays, no loyalty
They stab you in the back just to get in front
It's a race against time to try to put down the things that I'm thinkin' of
I see people go insane when they find out their fifteen is up
Look, I'm doin' my dance, you see it
I look better in person, believe it
Yeah, wait, how you get my number?
Hey, delete it
I ain't changed that since '13, I think it's about time and I need it
G told me gotta pick up the pace
Hands in the air like I stick up the place
And I cannot falter whenever my face at the altar
Who you gave the ball to?
I don't the play martyr
I just play much harder
Harden aimin' for the Hall of Fame
I lock and aim, my shot go bang!
You lames don't want no parts
You all the same, I Charlemagne the talkin'
And I walk inside my lane
I came, I saw, I conquered
Dying's gain, the pride it came before the fall
Summer's ours, Andy's comin'
Hit the floor, I'm John Travolta

Outro: Andy Mineo
'Crae told me new level, new devil in this
It's a battle outside, and you better be equipped
That's why I gotta keep the good book on flip
And I'm runnin' through the rain
And I think I might slip like skrt
Pickin' it up, man, pick up the pace
So puttin' my high hands high, like I stick up the place
Whenever I die, I'ma tell my momma I'm up in a better place
Gotta be puttin' it down on the record
I'ma set it straight, ayy!