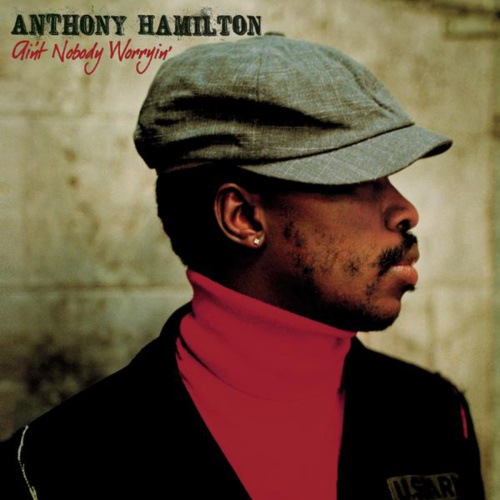 Ain't Nobody Worryin' by Anthony Hamilton

She had a habit tht she couldnt really stop, needed money so she had to hit the block, nobody knew it so
she steady had to play a role, went to church, but surely tearin up her soul, she'd repent sometimes,
then she'd press rewind, started over messin up her life, couldn't cope so she had to hit a knee slow,
started prayin to the lord, she was a

A preachers daughter so she had common sense, it's ashamed the way her life went, he's too busy though,
steady savin souls, to realize he lost one of his own, full of pain and stuck out in the dark, I even
heard, her father made his mark, now she's confused, now she's about to lose everything she thought she
ever owned

[Spoken Word] (its a cryin shame ohh) its a shame she couldnt make a way out now im sittin here twiddlin
my thumbs cause her life is gone and her kids are gone and she lost everything, and see her own father
was a preacher but he couldnt pray for her cause he was too busy prayin for everybody else and layin
hands on all the women in the congregation, but i guess thats what goes on when you walk right and
perfect and your whole house seems to be perfect, and behind closed doors, everybody suffers from some
kind of demon but nobody knows it, until it all unvails itself, your own daughter is out there locked out
in the dark she was a preachers daughter
[woman sings] help me lord, help me lord, help me lord, I need you right now, I need you daddy, could
you hear me prayin, don't you hear me prayin, (she's somebody's daughter) i need you, say i need you i
don't know what to do, I'm, dyin inside, (she's somebody's baby) I can't stop the tears from fallin, i
need you i need you i need you daddy, oh i need you