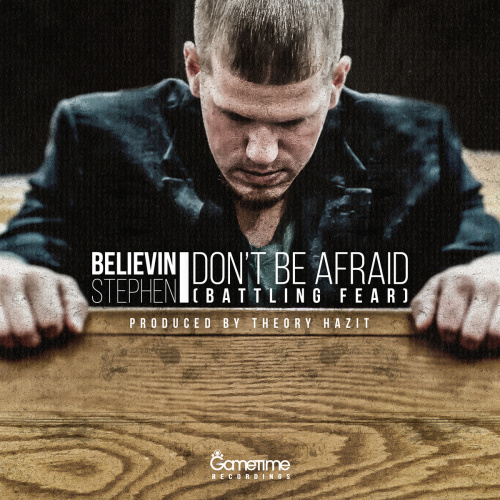 First Verse
I'm in the paralysis of analysis
Like how is that God's allowing this?
Losing my grip from the callouses, I know my thoughts are cowardice
It's so real, it's not counterfeit, feel like I'm losing sanity
Yelling all is vanity, as I shake my head and I pound my fist
I'm aware that I am finite, my limitations are clear
I'm desiring to steer when tribulations appear
Should be giving God the wheel, when situations not clear
Feel like I'm getting scared with intimidation and fear
I've suffered pain and misery, I am afraid it's killing me
With all this negativity, it feels like Satan's tricking me
Behaving in iniquity, how can I say it's ministry
How can I tame the enemy?, he gave me the ability
So I'm praying instantly, persisting on my knees
In James you'll see the remedy, resist him and he'll flee
Consistency is key, He gives the assistance that I need
Christ indeed did bleed, victory He did it for me!!


Second Verse
Tell me how can I maintain, when all I know is pain?
Everyday it's rain, hittin on my window pain
How can I sustain, with all this madness on my brain
Don't wanna just complain, something really needs to change
Feeling so deranged with my perception of reality
Battling these lies and correcting all these fallacies
Inside my mind, I find I must address them with audacity
And put em to rest, to put em to death, just like a casuality
So "if you deal with fear" is a question you are asking me
The answer's "Yes", sometimes my stress feels like a catastrophe
And when I turn to sin it's just a coping mechanism
I feel broken when I'm sinning, and I'm noticing conviction
Why'd I go with the decision to reopen my addiction
I felt hopeless in my living, but I know that as Christian
The circumstances I'm given, are clearly not permanent
This helping with my thinking, fighting fear and discouragement
We can't predict the future, so we live with uncertainty
God is giving peace, I know I'll live for eternity!!

Third Verse
Jesus is our model, always talking to the Father
Let's take a look at the story when He's walking on the water
He dismissed the crowds after He fed all of the thousands
He wanted them to bounce so He could pray up on the mountain
The disciples went ahead and they were sailing on the boat
They saw Jesus walk on water, and they'd say it a ghost
But Jesus spoke to them, and He said "don't be afraid"
It is me the Lord, I'm the one who keeps you safe
Peter said, "Lord please command me out to sea?"
Jesus told him, "Come to me", and we witness Peter's faith
He was walking on the water, all of a sudden doubtfully
He saw the winds, became afraid, then he began to sank
He took his eyes off Christ, then he uttered out a shout
"Lord save me"……why did you begin to doubt?
Christ rescued him, then the wind began to cease
He calmed the storm, He's Son of God and also prince of peace !!