Same Love (A Response) by Bizzle 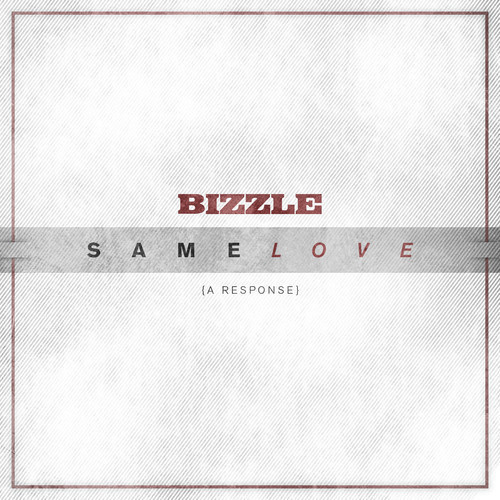 Same Love (A Response)
by Bizzle

Intro
But understand this, that in the last days
There will come times of difficulty
For people will be lovers of self
Lovers of money, proud, arrogant
Abusive, disobedient to their parents
Ungrateful, unholy, heartless, unappeasable
Slanderous, without self-control, brutal
Not loving good, treacherous, reckless
Swollen with conceit, lovers of pleasure rather than lovers of God
Having the appearance of godliness
But denying its power
Woe to he who calls evil good and good evil

Verse 1
It's funny how the media portrays things
They really pushing hard for this gay thing
And it's so wicked how they manipulate things
Can't even disagree without them making it a hate thing
I say you wrong, and you holla "hate" instantly
But you say we the ones who don't tolerate differences
There's a whole lot of things I could say really
But, see your hypocrisy is something I could paint vividly
Saying it's the way you was born
And I'm sure, that you lust just like I do, just in a different form
But I'm married, so if I give into mine, I'm a cheater
If you give into yours, you just fight to make it legal
You rather fight God, then fight sin
The Bible is alright, until it calls what you like sin
And I feel so disrespected that you were so desperate
You would compare your sexual habits to my skin
Calling it the new black
Tell me where they do that?
They hung us like tree ornaments, where were you at?
They burned us for entertainment, you go through that?
Mom's raped in front of they kids, while they shoot dad
Ever been murdered just for trying to learn how to read bro?
Show of hands?
I ain't think so
So quit comparing the two, it ain't the same fight
You can play straight, we can never play white
Using black people as pawns for yo' agenda
And these sell out rappers will do whatever you tell 'em
Skirts on stages, campaigning for that black vote
Afraid to be blackballed, so they play that role
You were never oppressed, the devil was a liar
The only thing oppressed was yo' sexual desire
Keeping yo' desires oppressed is so lame to you
But when you get married, that's what you expect yo' mate to do
It angers you if I compare you to a pedophile
Cause he sick, right?
And you're better how?
(Man, I ain't choose this)
You think he chose that?
(But I was born this)
Well prove he wasn't born that
But you were never a girl
He was once nine, so at one time in his life it was just fine
What makes your laws right?
I'm not buying it
So put 'em in that same trash can you threw that bible in
See how that cycle is?
Nobody wants to repent of they evil
So we all try justifying it
And you say it's about rights, but you lying though
Domestic partnerships gave you rights a long time ago
God created marriage, when he did, he defined it though
So why is it you want what He created, but deny Him though?
It's not wicked enough, switching the definition?
You want it done by a Christian in a church he worships in?
And that rainbow you using as a gay pride symbol
It represents a covenant with God if you didn't know
Check Genesis 9:13 for the info
Homie, the war is spiritual, you don't know what you in for
I ain't sayin' yo' sin's worse, but it is sin though
The Lord took the punishment for it all on Him though
We just gotta repent though
The problem is if you don't call it sin
Then you walk as if there's nothing to repent for
Let's recap:
We all wicked and desire sin
But imagine a world where no one kept there desires in
If something was called right, simply cause we desired it
When yo' right goes against my right, who's right would win
As for being born that way
I should never see ya'll
Ever see use a word like retard
To describe someone who was born a little differently than we are
I guess down syndrome really isn't a thing ya'll
What do we call yo' syndrome?
Oh, that term is offensive now when it hits home?
So what gives you the right to call the way he was born a defect?
I call yours a defect, you feel it's disrespect
You don't believe in God?
Hey, the universe says if we all gay
We either die off or have to do it God's way
And God loves you no matter what you struggle with
At least struggle though, don't just give up and quit
Forget how you were born
We were all born in sin
But Christ died for your sin
You can be born again
We were all born in sin
But Christ died so that we can be born again

Outro
And I never want to act like
All gay people are the same because that's ignorant
But at the same time
What I won't allow you to do
Is paint this beautiful picture
Like we don't have people from the LGBT community out here
Running up in churches, disrupting services
Kissing on the pulpit
Out here attacking old ladies
Throwing crosses down and stomping em'
Violently assaulting people
So don't take my most aggressive lines that you know are to that group
And try to apply it to the friendliest
Lovingest gay person because that's not the case
And to that struggling Christian right now
Struggling with homosexuality
Fight the good fight soldier
No matter what anybody says
We all have different desires
We all are drawn toward different sin
And my desire might not be your desire
But I have a desire that's just as strong for another sin
And I have to fight it day in and day out
And sometimes I win and sometimes I lose
Sometimes I stand and sometimes I fall
But fight the good fight
God is worth it
God bless you
No hate about it
I love you