You Got Me by Canon, Lawren, Xay Hill 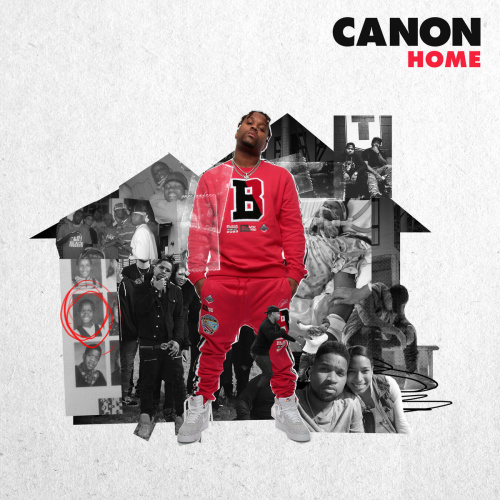 You Got Me
by Canon, Lawren, Xay Hill

Verse 1: Canon
Bruh, I've been going since '89
I appreciate that you would take the time
Always told me I was out of line
But respect you get is when you give me mine
Thought I was joking, I'm going in
Don't put me against them, I'm gonna win
Windy City, a Chicagoan, until the death, if you want it I got it
If I'm goin' for the lead, I'ma beat the brakes off
I'm Mayweather with hands you can't just shake off
I ain't bending over for nothing, this Canon, he can't cough
I'm on, givin' them hope to break the chains off
Derek already told me to take off
Forget what they say, they hate, they ain't raw
You looking at the battle up ahead I ain't lost
His word, you can't coin or flip, they can't toss
I doubted this for a long time
Had me waiting near the phone lines
Walk through the doors of opportunities
You always told me I should own mine
Never right or the wrong time
Had me waiting near the phone lines (Yeah)
Should I pick up the ring
Frodo Baggins with the phone line
First I had to get their attention (Yeah)
And then I had to get my respect (Yeah)
For a long time they ain't care to listen
I got ahead now I'm gunning for the neck
Switch back, home team like Bron, king
Now I gotta shoot like Kobe
I got pull in ya city, my lawd
Haters wanna see me weak, like a slow leak
I'm in this to win this it's competition
Use to want it so bad I had intervention
I'm not hurting for fame or for getting mentioned
I'm just whipping the bass, you can check the kitchen
Had me trippin' all night with it
Distorted vision lost sight with it
The Lord had to get right with me
Broke me down and put life in me
But tell me but really what they know
I made it I ain't got a bankroll
I go where the spirit may say go
Put all my partners on payroll
You don't even even gotta rep the set
Ayy, I put in work 'til my death
Ayy, I won't beg for your help
I'm taking shots 'til none left

Verse 2: Lawren
Don't got times for these haters they won't get a breath
Won't get a step, I'm lion, a king
Seeing the enemy win
Seein' a friend of me win, yeah, yeah
I guess I need more competition
This my kind of composition
Rappers be like politicians
They lying, I got no pot to piss in
I'm pissed so I go to God on my knees
Don't trip, I could see a fraud with ease
I'm tripping out, I got a triple now
Feeling like Quentin, feeling like quitting
But that was last week 'fore Doc hit my line
Doubt hit my line like, uh
I got no time, I got no skill
I got no talent, I gotta pay the bills
They wishing me ill, not wishing me well
They think that'll fail, they think that I'm frail
I could see it in the eye
Jealousy is they demise
Yeah, uh
I been up for like seven days
Dropped the slums and messed up the wave
You better die to your hating ways
Why? 'Cause I'm blessed up you lames?
Like, uh

Pre-Chorus: Xay Hill
Yeah, you got me, thought you had me, this where I begin
See, I been fighting in the trenches tryna be the man
If I was down, they said I never would come up again (Up again)
So I had to get them back and show them who I am