Outside the City by ChristCentric 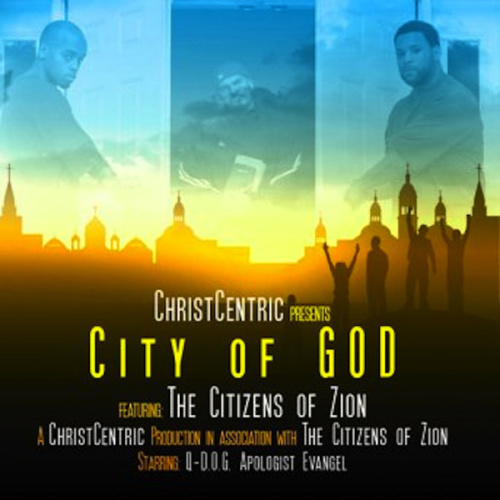 Outside the City
by ChristCentric

They lived a life that's gleeful, now it's not as peaceful,
in this outer darkness is a crowd of godless people!
Who bowed to hearts deceitful•ly evil, path to a massacre,
God laughs as their bath is the wrath of anathema!
Cuz their enmity against Him never ceases,
punishment for their soul never ceases, not a part of His fold like creases!
Not just dormant,
they'll never know what peace is, in conscious torment!
It's an aching time, no escape you'll find,
He'll break your mind like grapes and He's making wine!
Pressed by Jehovah, like a bull dozer,
there's no doovers, now the truth sobers!
The price is this entrance thru the broad road of lifelessness,
for not dressing in the Lord's robe of righteousness.
Inside, there's a lot of frustrations,
boiling alive like a pot of crustaceans!

Against this squad, the Lord bangs His rod,
sinners in the hands of an angry God!
They ambushed the Christ, who died to help,
filled with too much pride of self, got kept out the lamb's book of life!
See, these dreamers dreams seemed complete,
when they got their beamer, but not before the supremacy of the bema seat!
They rose up from ashes, shook and moping from the books that's open,
they'll burn never to go back to ashes!
The soul that sinned now dies, w/o being preserved by formaldehide,
burning on its outer side!
andthis pool's submerging, sick and unlawful,
wicked slothful servants, and all foolish virgins!
Heaped in a trashbin, is their death's reward,
rest assured, they confess He's Lord with weeping and gnashing!
Infidels, sent to hell,
for their indwelling sinful natures passed on w/o stem cells!

Their main qualification is the same as many kids,
whose father is Satan, an ungodly lineage!
Without regeneration, this evil has lurked in the seed of the serpent
throughout the generations!
The flaws of a bad guy, put all their hope trusting in horoscopes,
following the stars like the maggai!
From temporal things seeking after,
pastors who reaped disaster serving 2 masters!
Tripping little one's feetsteps, it's better to drown in the sea's depths,
an eternal lifetime of regrets!
They wasn't bout the cross, and didn't count the cost,
all of their good works now amount to loss!
Hell is a mixture, that's when u get the picture,
and it hits ya, it's not just Hitler!
Hypocrites, liars, and blasphemers,
are alas screamers equipped with lit fire!
A hot blazing, heatsource,
there's no remorseful recourse, longsuffering, but not patience!
Swimming in the seas of raging,
the wrath of God, but inside the city they live free of disease and aging!