The King (Allelujah) by DC Talk 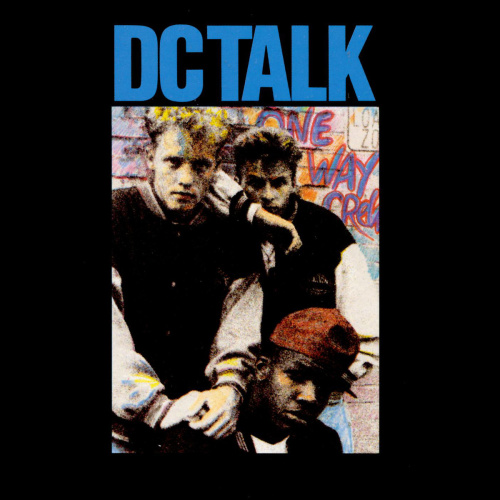 The King (Allelujah)
by DC Talk

John the Baptist prophesied a Messiah will rise
He'll be tried, crucified, ascend in the skies
Years later in the city of Dave
A miracle of God gave a virgin a babe
Kings came from afar, followed a star
To worship baby Jesus who was born in a barn
He brings peace on Earth, His mercy is mild
God and sinners reconciled through the birth of a child
It's the story of my Savior, my reason to sing
Allelujah, let it move ya, Christ is King

He stood before Pilot an innocent man
They cried "crucify," He supplied demand
He was mocked, spit upon, His clothes were torn
Royalty was represented with a crown of thorns
They placed Him in a robe, they gave Him a staff
As they gambled for His garments Roman soldiers laughed
Upon Golgotha they crucified Christ
Sent from above to cold pay your price
On His command opposition was through
But Christ said "Forgive them, they know not what they do"

Now Mary ran toward the tomb of her Messiah and Lord
Shocked to find the rock removed that served as a door
She took one step inside, filled with fright
She thought a thief must have stole his body late in the night
As she fell to the ground she began to weep
Heard a voice and turned to hear the Savior speak
Christ the Messiah risen up from the dead
"He's alive, she cried, like the prophecy read
It's the story of my Savior, my reason to sing
Allelujah, Christ is King