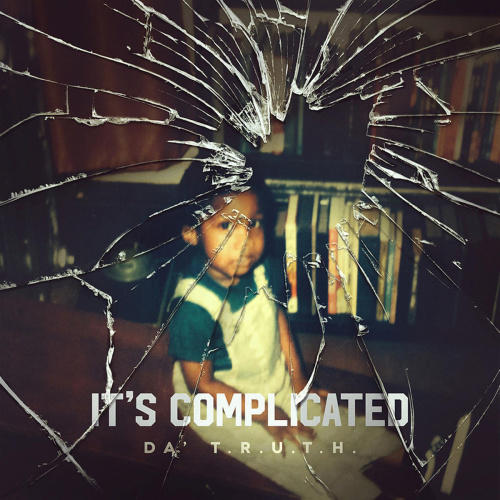 Intro: Da' T.R.U.T.H.
In the Hip-Hop culture
Everybody believes in heaven
By in large, nobody goes to hell

Verse 1: Da' T.R.U.T.H.
Biggie said, "When I die I wanna go to hell because I'm a piece a mess
And it ain't hard to tell
I don't wanna go to heaven with the goodies
Man, I wanna go to hell with the dudes in black hoodies"
For the money and the power
Why would he? I don't know
Why put him in the place that he said he ain't wanna go?
Ain't no promise for tomorrow
Lord have mercy on my soul
Man, we sick of blowing smoke
Man, we Christians, we ain't politicians
So, naturally, they got a problem with it
Hate to be the bearer of the bad news
Just like I said this ain't my opinion
Let's take the murder in the Beatles story
They shot John Lennon, died prematurely
Every heart will bear for all these loved ones
They shot him dead before he reached his forties
He wrote a note,"Oh, is Jesus for me?"
I just wanna know if God is real
It's a quote and it's been reported
"if He is then I want out of hell"
It's such a shame when it gets distorted
Yeah, we talking about loving bail
It's so unfortunate that he departed
I pray we never change if it's out of fear

Verse 2
Man, they got us running scared
Gotta talk it rapid and it's so unfair
I thought America was land of the free
Can't talk about it in the public square
Keep it to yourself like a private eye
Nobody talk about it till it's homicide
They only seem to talk about His love
Nobody talked about the other side
I'm not a judge, only God is
I can not pretend to know where 'Pac is
I can not pretend to where Powe went
All I know is death is like a pop quiz
Where do I go when I finish here?
What if I repent and say the sinner's prayer?
What happens when I disappear?
How can the love of God send us there?

Interlude: Dr. Ravi Zacharias
I will tell you this, Emmanuel
If I did not believe in the reality of hell
I don't think I would be in this ministry
It is not just the longing for heaven
It is the legitimate shunning
Of pain which is what hell to me is
The absence of God and it's not an after say to say it's happening in this world
What happened to Hitler in this world?
What happens to many in this
There are murderers running free today about whom we know nothing
And they'll never get caught
They are quite happy to be doing all of the crime
Why not go and have a shootout after a funeral if there is no hell?
But, on the other hand, if I'm told by mother, "Don't put your hand into that flame. It will burn."
It's a natural law at work
There is a spiritual law at work too
You determine to live apart from God
And you will spend your eternity precisely that way

Outro: Da' T.R.U.T.H.
I'm afraid that we've gotten soft
God is not a villain that the muscles bought
What about the people that have never heard?
All I know is everybody is held accountable
All I know, he's a judge and he judges right
It's what I told em' all on the other night
If you believe that you can break the law you can go to jail
When you breaking the law of heaven
You can go to hell
Dang