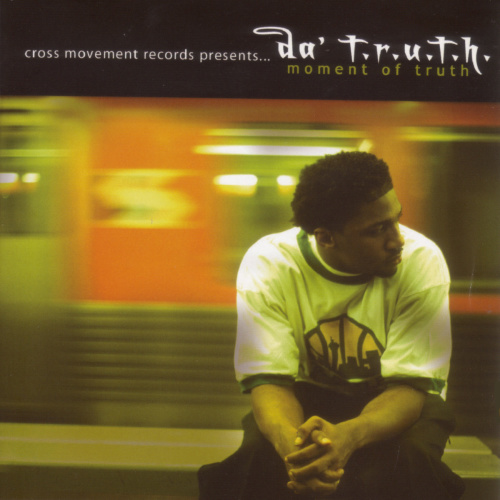 He picks us, pricks us forgives us, carried our sins that was heavier than six trucks
Sure as you can't pay for a Benz with six bucks, you can't pay for your sins dog it's just
too expensive don't get defensive God got a list of your sins too extensive
It ain't just what you do that offends him but, it's how you were born you're offensive
That's why we're out here in the trenches on benches calling all men to repentance
Saying you don't want to be on the fringes but you want to be in a friendship with him now
You want to be in a kinship with him now but if you want to French kiss the here and now then
go ahead dog let your hair down but you got to pay for it and you're aware now so...

I wish there was a sign or signal, I wish there was something I could do to convince you
Dog you're sinful and as cute as you are on that centerfold girl you're sinful
Looking for ways to make life eventful cause it's full of pain, war, and pitfalls
The more you look the more you're ticked off and disappointed cause all of it's false
Lose your guns God will crush your pistols when He makes all of his enemies His footstool
You don't want to be on that side of the fence dog but you will be 'cause there's a fixed law
You and that pretty girl in the lip gloss can't duck cause somebody's got to pay sins cost
If not you look to His cross where sins cost was paid by God in skin so...

The people of God are so dischanted with the world and won't take this for granted
We see the world like a distant parent, a dead- beat dad isn't this apparent
Just look at how the kids dis their parents a violation of the fifth commandment
and take a look at what chicks are wearing how dudes and chicks in flicks are swearing (talk about it)
Uh let me tell you this God is displeased with these rebellious kids
Uh, I'll tell you what I mean God is after man, man is after green
Uh, man will pay for that if he don't turn like the pages of a paperback, woo
Uh, from his wicked ways man you better seek God you've been sick for days
Matter fact you've been sick for years your sickness is called sinfulness and It's severe
If you die in your sins within the next six years or so you'll go to hell here the wicked go ooh
And if you're just six years old just know that you ain't got six years to blow
Switch ears, switch gears He'll switch your flow just know this aint fictional ya know?