Back In The Ring by Datin, M. Tarver 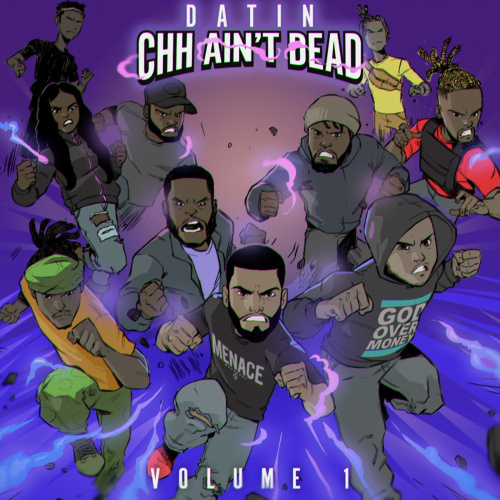 Back In The Ring
by Datin, M. Tarver

Intro: Datin
I'm constantly asked in interviews, "Ey Datin, would you ever consider getting back into the ring?"
You must wanna see it happen (Uhh ohh)
So here we go

Verse 1: Datin
I don't care if I'm mentioned on your bogus list
I know they won't admit, the poems that I wrote are just to hard for them to understand, these bars will go over kids heads, they cannot decipher the message or decode my disc
For those of you who do not know the kid and know this is a vocalist that focuses on composing the dopest scripts
Making sure that every note is stitched and interwoven with the Holy Ghost Jehovah sent, I'm bold and no I won't relent
The flow is lit like a ? spliff and a smokers lips, and cold as Nova Scotia is, these ? like Hogan's fists
Lyrically I'm known to flip like a Hulk and rip, my foes to bits when I approach this with ferociousness
Electrifying it's like when the son of Odin lifts his hammer high in the sky so a couple lightning bolts can hit
And jolt the tip, this is as high as my voltage is
The molten pits of lava ain't as hot, you will get roasted quick
You would think I rolled a spliff took a toke and hit, but no, I'm the soberest lyricist that you know, it's just
With this pen I'm a Jedi, it's like when Yoda lifts a bolder with his mind above your head, when I let go your squished
I got a bone to pick with these posers, I told em' quit
Bounce like a pogo stick, homie just hit the road and dip (Huh)
Disappear kinda like a hocus pocus trick, this one's yours but that's over with, you and I cannot co-exist
I'm aiming at your top 50, sending shots quickly like the finger wrapped around the trigger on the Glock's itchy
Back in my day your albums would've got frisbee
That trash would get ejected and thrown at at mach sixty
No they would not diss me cause they know who my clique be
We will make em' chopped mincemeat and we'll back em' hot crispy
With the rhymes that these Monster Inc., no it's not Disney
It's GOM and I rep to my coffin, drop six feet

Break: Datin
Now speaking of getting back into the ring
I brought somebody with me
And he's very familiar with the ring
It's just a different type of ring
Hey Master Tarver
Talk to em'

Verse 2: M. Tarver
Hazardous vocabulary attacks, I'm prepared to detach and bury your cast and leave your area thrashed
It's scary in fact there we can back bust and flame, have you been quiet, what's my name, I'll take you there if you ask
I'm the Christian version of Kendrick working your Central Nervous System with verbiage vicious disturbing mentally
Worship the Savor, purge from the Virgin Mary the way the worship carries inertia barely could work and preserve and carry
The Earth is very flat and the surface barely overts and marry's the work compared when the Word, I'm fairly certain a barely searching will disturb the narrative
I'm a verbal mercenary with words to carry a certain heritage
Rappers with gun bars but really they lack the ammunition, examine your plan and mission, they hand him a stand and listen, you wouldn't jump
When Nickelodeon keeps them in the canon, when you fire it sound like a little pop
And rap is a part of me, imagine you start to see the Master the God in me, the past isn't hard to see, I put the fake behind me and I don't ever wanna look back at the Cardi B
They do anything for the clout, the push is amazing
We turn to this industry plants, it's pushing up daisies
It's too many snakes in the garden, I use mumble rappers to fertilize
When I verbalize you get burned alive
These verses disperse will work in the church if it sermonized
Disturbing a certain Serpent whose work is commercialized
Came to the Earth and burst in a curse so the Earth will die
Savor asserted pain and He came to the Earth to die, sacrifice
In the afterlife, till it's real God I can spit like I'm Titanic
These rappers a Lil Yatchy
(Uhh, you know the Titanic sank right)
With verbals you've never seen before
If I get hit, then I bleed and mourn
My blood will destroy anything it touch like a Xenomorph
I guess I'm an alien to the scene cause I seen it all
Rappers fresh to death and I'm Lazarus
Mumble rap are for zombies, they killing yall like it's cancerous
And it goes straight to the head
We climbing over the walls like World War Z, cause yoh, CHH ain't dead (CHH ain't dead)