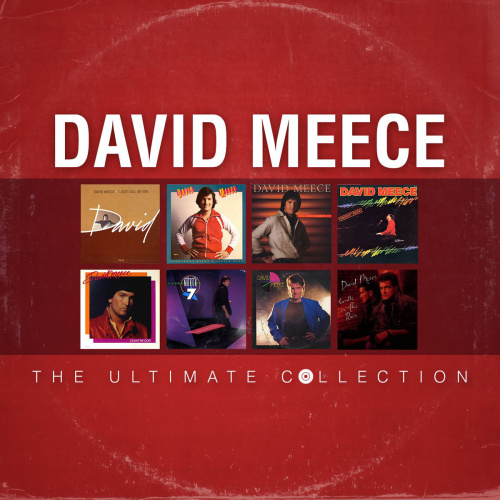 The Ultimate Collection by David Meece

When I was a kid growing up, I used to be kinda mixed up about my mum, you know. I mean she was so sweet and everything, except when I did something wrong, you know. And, uh, you know what I'm talking about: I used to get really mixed up 'cause I watched TV, you know, and mothers on television never acted like real mothers, you know what I'm talking about? You know, on TV, you know, when kids do things wrong - you ever notice? - they never do anything to them, man. All they ever say is, "Young man, go to your room." Go to your room. I don't know about you guys, but my mother never said that to me when I did something wrong. When I did something that was really wrong, she'd look at me and say, "I brought you into this world, I'll take you out." We're talking violence on TV - they never met my mother, you know what I mean?

You ever notice too: when mothers get really mad, they don't talk normal either? "Da-vid-Meece-do-you-un-der-stand-what-I-am-try-ing-to-say-to-you-are-you-lis-ten-ing-to-me?" "Look at this room!" "Look at this room!"
I'm looking, I'm looking, I'm looking. I got clothes all over the floor, but that way I don't get the carpet dirty. Watch your step though, mum, there's a cat down there; I know there's a cat under there somewhere...oh, it's my brother, Duane, oh. Come on out, Duane, you been down there three days, man.

See my brother wasn't much help either, you know. He was three years older than I was, and he's the one that corrupted me. You see, my mother had a lot of rules around the house, you know, and you just didn't break those things, you know, unless you wanted to be turned back to dust or something. And I'd be real careful, you know. Well, he and I had an agreement going where he wouldn't tell on me, if I wouldn't tell on him, you know, when we did something wrong, you know. We figured we'd both live longer that way. You see, one of those rules my mother had, had to do with the kind of music you'd listen to. You see, my mother didn't want anything but classical music in the house. She didn't want any of "this rock stuff with that beat...not gonna have that in my house, not gonna have any of that county/western garbage either." For years I thought that was the name of the music: "country/western garbage," you know. A guy said he like country/western music, I said, "Oh, you like garbage, oh." - got my jaw handed to me. We didn't even have any religious records in the house, or gospel music, you know, unless it was written by Bach, Brahms or Beethoven. And I, uh...I couldn't really get into that, you know, it was all in German, you know. Sounds like somebody with sinus trouble to me.

I was in the practicing the piano one time, and I saw my brother Duane coming in the house. You see, there's something about Duane you gotta realise, you see, my brother Duane never came in the side door in the house unless he was smuggling something in he shouldn't, you know. Did you know that he had in his possession a Beatle record? I said, "Man, do you want to die?" He took me into the back room and he played me some of it, and I've got to kind of admit, you know, I kind of liked it too. Well, you...you see we had a problem then, because we could only play it when my mother was out of the house. Course you could always tell when my mother left the house because she had a bad muffler. And we're not just talking your average, everyday bad muffler either, gang, you know. We're talking bad muffler, you know what I mean? I mean walls would shake, buildings would collapse, mothers would take children off the streets, you know. We're talking bad muffler, okay?

So they way we'd work our music is very simple, you see: I'd be in there practicing my Mozart...and I'd hear my mother driving off, you know...twenty years ago today, Sgt. Pepper taught the band to play. And my brother'd come in... my brother'd come in and he'd say, "Is mama gone?" I said, "I wouldn't be singing this if she was here, nerd." So we sat down and we'd sing together, you know, 'til we'd hear her coming back, you know...She'd always say, "What a nice young man," look at my brother and say, "Why can't you be more like your little brother?" And he'd always say, "I am."

And you see, I tell you that story to make a point: unfortunately there are a lot of people that try to run their Christianity the way my brother and I'd try to run our music, you know. Oh, you know what I'm talking about, you know the people: they act one way when they're around one group of people, and then they get around another group of people and they become someone else, you know. They talk differently, they act differently; it's almost like... it's almost like we've got a world full of schizophrenic Christians, running around loose all over the place, you know. Well, of course there's only one big problem with all that: you see, God does not have a bad muffler. And, uh, you see, whether you're willing to admit it or not, you see, he's...he's with you every moment of every day, seeing the good things and the bad things, you know. And while you may be fooling your friends for a while, your parents for a while, your teachers, your brother, your sister, you husband, your wife, maybe even fooling yourself, you're not fooling God. 'Cause, you see, there is no such thing as a...as a part-time Christian. You either are one or you aren't one, and there's nothing in the middle. And I didn't really understand that myself until I was halfway through school, halfway through college; thought I'd been a Christian all my life, and I came face to face with the realisation that Christianity involved a relationship: something you do moment to moment, day to day; not something you do once a week and then forget about, you know? When I realised that it made all the difference in the world in my life.

I'd like to sing for you a song that deals with the commitment I made a number of years ago to always strive to be with...his every moment of every day.
Song goes like this...