Shake The Skies by Fearless BND 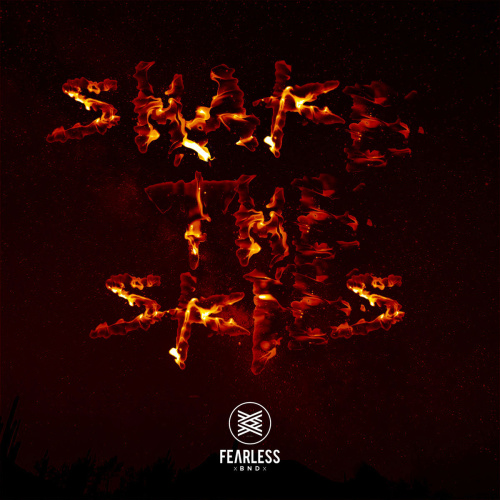 Shake The Skies
by Fearless BND

And praise with broken bones

Eternal flame, ignite my way.
Carry on till the dawn
My fearless King, You ransomed me.
Carry on through the dawn.

Oh death, where is your sting?
Swallowed up by victory.
Forever we will sing
To the resurrected King.

(Spoken)
If not Him, who was it that formed the foundations of the earth?
You know, marked off its dimensions? Saw its birth?
Have you ever given orders to the morning stars?
What about Venus? What about Mars?
What is the way to where the lightning is dispersed or the place where the east wind scatters the earth?
With one hint can you find the beautiful Pleiades or loose the cords of Orion?
Who endowed this heart with courage?
Gave the roar to the lion?
From the sound of His voice legions deploy.
What he tears down can't be rebuilt,
and what He builds can't be destroyed.
From the beginning of time, before the sun was allowed to shine,
I was knit together piece by piece.
Master craftsman, you might be a snake, but He's a beast!
No mistakes, no not ever.
He caused the moon, the storms, and the weather.
Alpha! Omega! He's the beginning and He's the end.
Faithful Father, but calls me friend.
Yes, for that reason that I am still here.
What about my chains? What about my fears?
Left heaven, invaded earth, not just so I can hear but draw near.
It was one word being spoken in love that shattered the iron bonds of hate.
One blood stained cross that determined my fate.
So now that you've heard the good news of His powerful word,
Awaken army! Assemble and arise.
Together one voice will shake the skies.