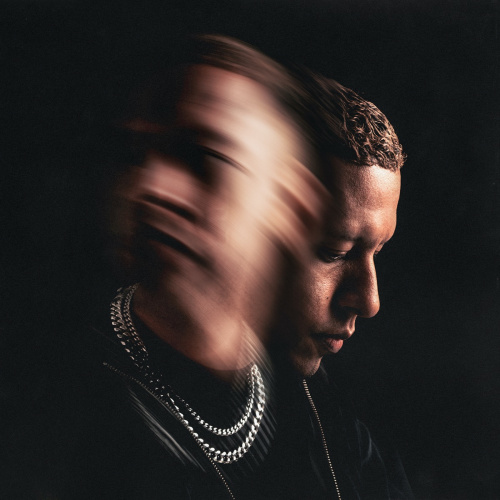 Verse 1
I know you'll say you love her
And you think she rules your world
Feeling it can't be wrong
But replacin' pain won't help
Don't let 'em hold you down
Don't let 'em take control
I know you'll say you love her
But we've been here before
Chaos, feel the ride
Laid off in the night
Will we fight through the odds?
Here we are, we keep starvin', starvin'

Verse 2
I see the stars surrounding you (All the stars, all the stars)
Running through clouds of fire, yeah (Oh)
I know you had enough
Lately, you've been doubtin' who you really are
You might've struggled growin' up
Prolly too much you wanna solve
I know you'll heal from scars
Yeah, you gotta, I know you really wanna
I had so many moments I felt the trauma
Time to time that I failed my mama
Let alone my wife Brianna
On and on to fight in this war
I been on this journey, yeah
Pilgriming is progress, yeah
No matter the path He knows who you are
Who you are
Who you are
Sin can't label us

Outro: GAWVI & Aklesso, Jon Jon & Wxlf
Guys, the album is done! The album is done! Finally!
Oh man! C'mon bro, you did this bro, you did this!
Hold on, hold on, the album's not done yet, it's still gotta get mixed
Oh, okay, alright, alright, we already know that
It's gotta get mixed, I gotta shoot some music videos
You know, Biz, you gotta do your thang
Oh, shout out to Biz
Ayy, none of you guys are gettin' royalty on this one
Wow, sounds about right
Ayy man, the album is done, bro! You did this, dawg!
Aw, I feel like it's not finished-finished, but it has to come out
It has to come out
I hope y'all enjoy this album
We worked a lot, "SKULL" was prolly made like 40 times
Ayy, best verse was Aklesso's on "Climate Change", this is Wxlf speaking
Bro, no cap though, "JIT," "JIT" was fire, with Andy, that was hard
Oh, that was actually crazy when Andy was here, that was hard
Oh, "Vanity" was hard too
"Vanity" was crazy, shout out to Cassa on "Vanity"
Cassandra, come back to Florida
Cassandra, come back to Florida
"Who You Gon' Be," I hope, Israel, you landed on this
And if you didn't land on this album, it was supposed to be Israel singing that one section in the middle, it would've been crazy
And if it did happen though, Israel Houghton, I love you
Yo, hey, Israel made it!
Oh, he made it?
Ayy, he made it!
Or maybe he didn't?
Or maybeâ€"I was trying to be excited, like dang
Oh, yeah, you gotta act like it right now
Yo, ayy, Israel, thanks for coming through, bro
"Girl, I love it when youâ€"" "Love it" was crazy
We had all of our girls come into the studio 'cause everybody basically
To chant, to chant, to chant
But all the girls, they came in, they were like "Uh-huh, oh, uhâ€""
That was them, that was our girls, you know, they came through
Dancin' on my honeymoon to that song (Ooh, ooh, ooh)
"I'm Fine"?
Oh, that's my jam bro, that's my song
Jon Jon "How 'I'm Fine' go?"
You know, every time Jon Jon asked me to put on the "I'm Fine" song, he didn't know what it was called
But he would just go "Put on the song that goes umm-mm-mm"
It's the little umm-mm-mm, it's the little flute that gets you in your feelings alright
The real question is are you gonna give Giana royalties for "Difficult?"
Yeah, that's hard, y'all don't even know but my daughter sang on "Difficult"
Crazy, crazy
She made me cry
Ayy, the Heathen Tour when we come to South Florida, you already know it's gonna be lit
Yee!
I'm claiming in the name of Jesus that we are gonna perform at Revolution
Let's go, yee!
And then every single other state, you already know, Heathen Tour coming to a city near you
You know what I'm sayin', show out to the record label, gotta do the marketing right now
We don't even have a Heathen logo, yet
Woo, wow
But it's gonna come
Bro
"Forty5" was crazy, oh, shout out to Rhomar yo, Rhomar came through you know what I'm sayin', made a lot of songs with Rhomar too
And 'Klesso
Parris Chariz, Tommy (Tommy)
Shoutout to all the relational advice you gave us during this album with us being here at three in the morning
That's true, yeah
That is true
People will never know how you have helped us become better men
By you really talking to us
For real, for real
Bro, you really helped us, bro, during this time of bonding with you
You're so skinny you can see the rotator
I don't even know if I'm gonna like this album in two years, I hope I do
What? Alright, you better, this is where we smack you
It's just I feel like it's not complete, but it's complete
No album is complete, no album
What is complete?
I know I beat myself up too much
God said "It is finished
Well done, my good and faithful servant"
That's cold, keep going, keep going
Hmm, hmm, Big time 40!
Ayo, I love y'all, God bless y'all, I hope you replay this album five hundred million thousand trillion times (Yes sir)
Or at least twice
We tryna pay some bills over here, you know what I'm sayin'?
We wanna keep the lights on in these studios
But I got my own studio, what!