In The Beginning by Je'kob 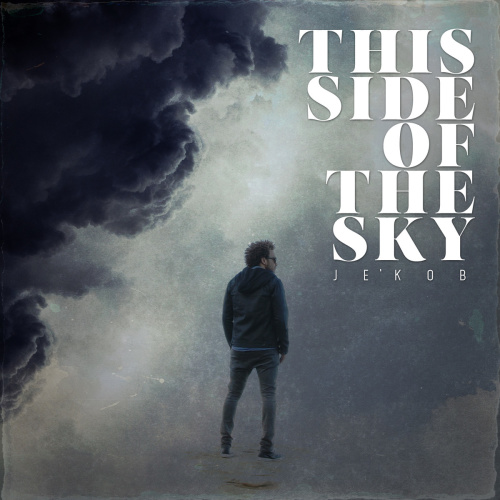 This Side of the Sky by Je'kob

In The Beginning
by Je'kob

Album: This Side of the Sky

Everything was dark there was no form
Let us go back to the very beginning
The spirit of God was moving' over the water before He decided to create everything in it
He was just west coastin' lookin' at the water, there was no life, everything was void;
There was no wind, there was no sky, no dry land, and there was no noise;
Said let there be light and then there was
It shined so bright that the Lord was pleased
The He separated and named day and night
And all of that on day O.N.E

Then he separated the water below from above
And he called the water that is up there "sky"
And that's moisture, and how the rain drops, and that's when we see the earth cry
And that was day two

And on day three that's when the land started taking it's shape
Then he made seeds that would turn into plants, some of them to bare fruit and then some to bare grain

Then on the fourth day he made two lights, so they could rule over day and the night
Not the same light that he made on day one, see these are the lights that define our time
Days and years, hours and minutes, sun and the moon and the stars in the sky
Tell us what time it is no matter where we at no matter where we go they will shine

On day 5, God made life, fish in the sea & the birds in the air
God blessed em all, told em to fill up the place that they live so that's just what they did

Then came the animals that walk on land, domestic and wild, small and large
Created with a simple thought from the architect, the only real Charles in charge
And that was day six
But yet He wasn't done, all of that was made right before He formed us
Cause on that last day, that's when it would all change and He'd create the things that He loves
Let us make man in our image, let them resemble us
Formed from the dirt, that's why we are, ashes to ashes and dust to dust
He put us in charge of every living thing, told us have children and multiply
That's why a man and a woman will only be able to ever produce this life

This is who we are, this who we've been, no matter how these times may change;
God is still God, Man is still Man, power is still within Jesus' name
Hail the creator the one who is light, the God who separates day from the night
One who distinguishes wrong from the right
For Him I easily would give my Life