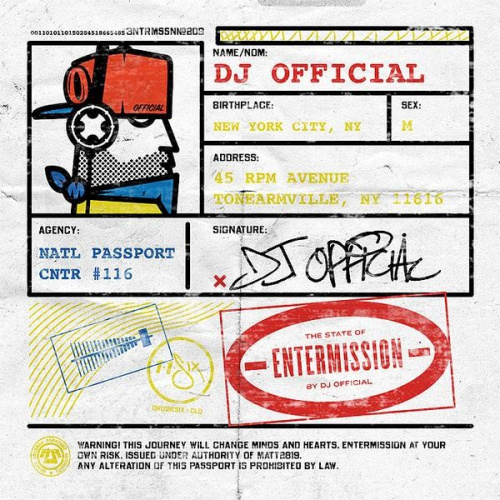 Oh baby! This is the intermission! But don't get out of your seat!
It's goin' down!

Give me the mic bro

I'm never hesitant I'm heavenly reverent when we get to kickin' lyrical rhetoric
On the evidence of the incredible medicine sent from my heavenly Father, edible, bread and water (Just taste it!)
Keepin' the Christ up, Fishin' within the retism givin' 'em 'ism and ology when we get em'
Politicing with guerillas that can potentially kill us
But even if we die we know that our lives won't be wasted

So the sin gon' be alone when we flow, praisin' the name of Jehov
From the middle of the ghetto to the inner city to the suburbs, send me Imma go
Oh, and if you don't know, we comin' up out the word when we flow
So we get the Scriptures get this don't twist it that's a big no no

Slayin' the inner me, while tamin' the inner beast
So when I spit the gospel is mainly the centerpiece
Willing to intercede, praying that the Spirit will hear 'em and convict 'em
So one day they can enter peace

They would rather do without Him they sayin' that they don't need Him
But did you know that you needed Him to say you didn't need Him
Speaking of speaking down to your breathing and thinking
Apart from His power you couldn't even speak on Atheism
But me and my brothers get it singin' like Jimmy Needham and livin' in freedom 'cause we know we seek Him
And if anybody wants to get down with the kingdom of heaven we gotta heavenly remedy in the message of the Gospel, yes!

Father God I know I gotta be obedient
And the Holy Spirit'll be the number one ingredient
Making it expedient when it comes to me preachin' it
And mercy to men to repent of their sin and sending me Imma go!

Hold up! For what? Keep it goin' lemme get it lemme rip it
I'm wishin' to give you more than a smidget

Just like a pixel in a picture this is more than a snippet
Man this is everything together plus the sink in the kitchen
You heard the story of his glory and the call that he's sendin'
And while we flowin, when we go, we stand close to His will
And when we out we stand out, like a city on a hill
Cause tryin' to hide is unreal like layin' low to the ceiling

And so we spit it the way we get it evangelism
Givin', bearin' witness to men and women---this ain't religion
Rules and regulations, no consolations and making wishes but we
Realizing we alive as we get it with 'em

Hit 'em up! With the rib and He came and He lived and He died and He rose to the sky on high just to save us
Get 'em up! From the dead and in sin from the curse to the grave's dust

Yes you need to know
God alone existed before
Everything else still that's proof of the truth,
and we're here making Him known

So the Son came down, gave up His throne
And He took that crypt, that spit, that crucifix and died then He rose

So no boasting in me but only He who redeems and Imma spit it the vision written for Christians
From Samoa to prison and even out of the prisons cause in the works of religion no matter the mission, I'm tellin' you to