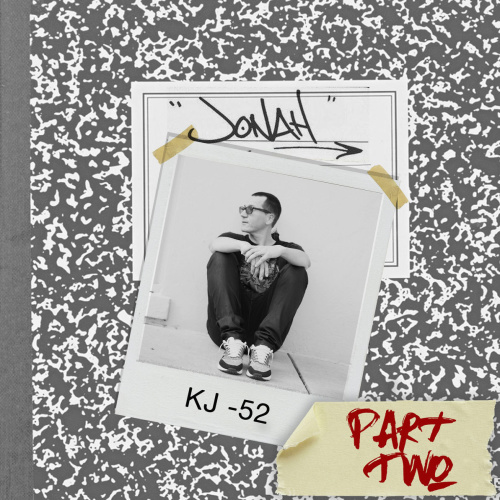 ('GoldinChild' on a phone recording)

I kinda looked at 'Kj' like, um, a bigger brother
A big brother to me. He become a mentor for me
And, um...
Time passed by... like 9 months to a year went by
And we start talking about, um, doing a record together
And so we became 'Sons of Intellect'
I think it took about a year and a half to record the record
At the time I started...

Verse Kj-52:
So, It was me and GoldinChild rhyming in the spot
We was a crew at the time, plus we gettin' hot
My group was on the rise, plus we 'bout to pop
Plus, we had a demo at the time that 'we gonna shop'
Trying to spit on any mic we getta rock
From the clubs all the way to the ghetto spot
In the projects but they would just flip the rock
Where they used to hold the bricks
Kinda like a cinder block
And in between the boo's that we get a lot
We be making moves no one was gonna stop
We rollin' on your crew, plus come off the top
Two white dudes leavin' your crew all up in the shock
Then, almost lost my life now gettin' shot
One night when I was rhymin' all up in the spot
But the only way I'm ever ever gonna stop
When my heart quiets, right there
Plus, the casket drops

Verse GoldinChild:
Before we surrounded you
Like Latitude, longitude
'K' was spittin' that mathematical, a Radical
Nowadays, '52' travels international
Go on a local with a vocal that'll capture you
Feel like I'm back from a 20 year sabbatical
Cats know where the truth is
That why we kept it factual
Line after line like an Autobiographical
Pen by his hands I'm sayin' supernatural
Man, listen I ain't talkin' that witchcraft
No premonition when 'GoldinChild' spit that
Raw lyricism when the Spirit in pen raps
Arms out stretched steady huggin' the block man
We out for the lost. Army of nameless faces
We were on stages pushin' 'The Rock of Ages,' Yeah!
Me and 'K' stay movin' the crowd
S.O.I lifestyle: never puttin' the mic down

(GoldinChild on recording)
'know messin' with, you know, production
I had this little sampler I use.. and this drum machine
Puts track together and then...um
In 1997, we had released, uh, "Sons Of Intellect - Insightful Comprehentions"
That was my first record. That was 'K's' first full length record
And, um, you know, it's just really, really good times that we've been through
Just, so many things
Each and both of our lives
And its just really good to see, that he is just touching a lot of lives and he is ministering
I haven't doubted anything as far as, you know, the way his character is, you know
Because, I know he is with people the way he was with me
You know, he took me under his wing, like I said, and you know
He became a spiritual mentor to me even more so then, you know, about hip-hop...