I'm The Man by Legin 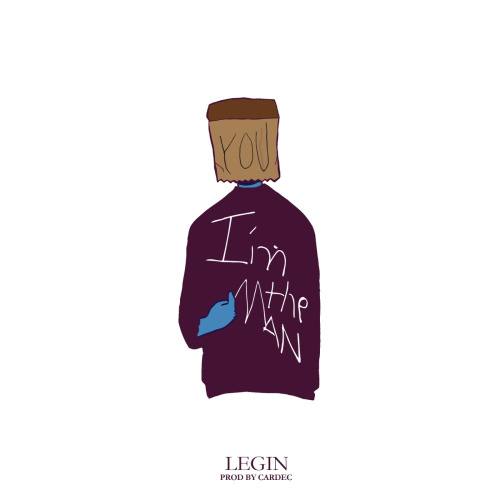 I'm the Man - Single by Legin

I'm The Man
by Legin

Verse 1
Who said I ain't out here handling my business? Them boys must be kidding
Tripping off the game prolly took they shot and missed it
Travel round the clock, turned a dream into a living
But don't ever let it block, putting first my wife and children
Said I can't feeling like I can
They told me I'm random, I've been feeling like I'm planned
I know if slip I'm finna land in His hands
Trust is in the risen, built the land with His hands
This industry profit off our problems, repackaging nonsense
Then they're acting like they care, just masking they're oscars
Breaking up these families from the stuff they peddle constant
Then they sell it to these babies like they gamber and they proctor
That ain't cool, and it ain't true
If you see me on your stage yell that ain't you
May not be your top 5 when I'm on this microphone
But I'll never give these children something I won't give my own

Verse 2
Daddy wasn't round here, I was shamed about it
In Virginia Beach, he was in DC, wasn't down here
Couldn't hold me, drug addiction he was holding
Turned to music and my favorite rapper bragging that he sold them
Scared I wouldn't make it, daddy's shadow over me
Had to raise my children past it had to get them over me
If they're standing on my shoulders then it's better they can see
On the ground hand in hand with Mrs. Tia that's my Queen
I am going to be everything that they said I couldn't be
Pay my bills, raise my family, business man who rap and preach
Took a dream from Nellie's basement 'cross US and overseas
Shout out Mission, if you book me I'm just buying groceries
You can be everything that they said you couldn't be
Black educated child of God husband father King
But I'ma keep my cool hoodie up felt a breeze
And I may not rock a crown, I just laid it at His feet