Trees by Levi The Poet 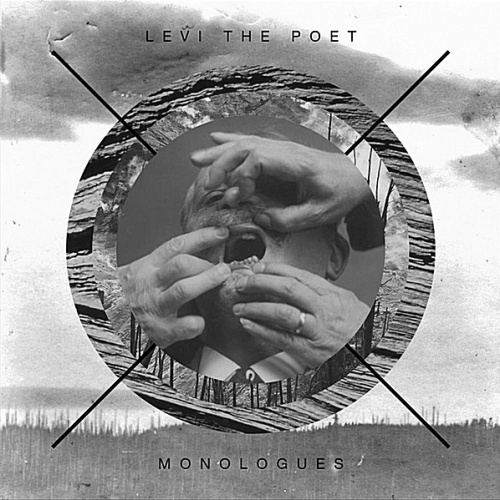 Trees
by Levi The Poet

You.
You were the seed that grew from nothing out of the ground.

Those trees raise aged hands toward heaven high.
Their fingers stretch for the sky, but they cast dark shadows into a darker night,
singing songs forever, never-ending into nothing, past the reach of the headlights.
They're old, knotted and wise, and they catch the wind, grin,
avert their eyes from meeting mine, and suck those secrets deep inside.

We used to whisper in one another's ears,
but those oaks have secrets that stretch back for years,
and now they hold the key – selfishly –
to the wind on which to fly.

We set you on the highway.
Like a memoir to some feeling we were trying to portray,
with absolutely no story or significance whatsoever.

Well your mind races on the open road
as the time.
ticks.
by.
Said, "you know I've got a girl back home
and I can picture her
livin' her life."
It's the simple things that you think about
on those late. night.
drives.
Like I'm going to bed;
she's waking up alone, and I am fine.

Do you believe in the fairy tales your mother read to you at night?
Can you still go there when you need to? To that place inside your mind?
Cause I do, sometimes. I swear to god it's as real as the hand I hold in mine,
and those fairy tales told you magic happens with the rising of the tide.

So when the sun sets in the sky, and the moon reflects the light that pull the waves over my eyes,
I close them tight,
and pretend that I'm going to live forever until I know that I am right.

You can catch the wind, you've just got to try,
and we're all as infinite as the lines that pass by on the highway.
These trees on the sides, they
are wise but they're stuck beneath the pavement.

I don't want to be stuck beneath the pavement.

There's got to be a way to breathe without being stuck beneath the pavement.

You were a seed that grew from a crack in the highway!
But those fairy tales, I swear they kept you alive, and I just want to hold onto that shine -
there's got to be something that shines bright from those tree limbs!

The atlas threatens, bold out on the open road, and dares us to count the cost.
It taunts, beckons, time ticks by seconds of life that screams it's lost.

Change is subtle.
And you change a lot with the seasons, but home…
home does not.

These roads always lead me back to the city,
but the miles find me forgotten,
and the trees raise weary hands for high heaven, and dig their roots into dead soil, and rot.

But a shining, aligning star gave birth to your bedside tale,
and every night, I sing you to sleep
whether you know it or not.
I play for you, I pretend that you're there in the room,
listening like you know that I'm giving all I've got.

You know your mind, it races on the open road,
you start to daydream when you're sleeping alone.
We live outside of your mortar and stone
and your whispers and secrets that you claim as your own.

You know I've got a girl back home,
and I can picture her, livin' her life.
It's the simple things that you think about on these late night drives.
I've got a letter going back to the city, she's wakin' when I close my eyes.
Pretending that I'm gonna live forever until I know that I am right.