Werewolves by Levi The Poet 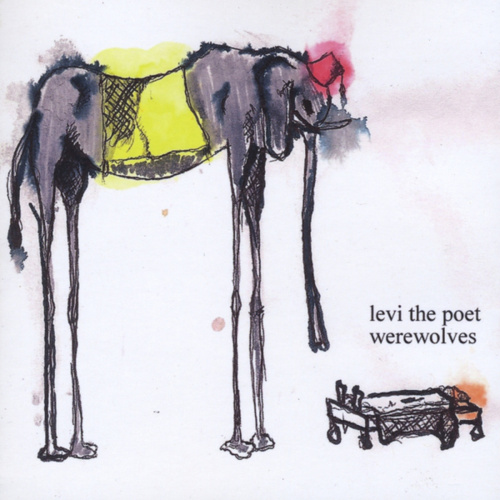 Werewolves by Levi The Poet

Werewolves
by Levi The Poet

When I was 6,6,6 years old I saw my first Goosebumps episode on Nickelodeon, and that stupid T.V. show made me so scared of werewolves that I was afraid to walk into the dark for months on end. I suppose nothing much has changed since then, except for now these monsters are personified within, and I go to sleep with them. And cuddle with them. And pretend that I'm 7,7, seven years old, once the fear had finally gone away, until I saw my father's ghost inside my childhood home's window panes, and some silent, shadowed matter followed me around the halls of my house when I was eight, so I've held onto the belief that there's something dark lurking around my family to this day. I've used up all 999 lives so by the 10th time I die I'll be right by your side, and we'll both agree that we tried to land on out feet!

(Poor boy! I don't even believe in demons!) I KNOW! I KNOW! Me neither, nobody believes in demons until they've seen them! And no I don't smoke no ganga, and I'm not gonna smoke that ganga, because all of my friends already smoked enough ganga for two of my lifetimes and I fell apart while I watched them fall apart so I figure I've got enough falling apart in my system already…

And I'm scared for my family (and I'm scared the werewolves will keep attacking my dad). They've already bitten him up pretty bad, and the swelling's spreading to my mom's side of the bed… AND I'M THINKING HARD LATELY ABOUT GETTING SOME MEDS TO HELP CLEAR UP THIS DEPRESSION THAT'S CLOUDING MY HEAD! But those tiny little red and white and black and green and yellow and orange and blue pills scare me half to death.

When I was little, my mom hung and elephant on my wall and I had to pray to God that it wouldn't eat me in my sleep! I'm a little older now and still learning what I think about my depressive tendencies but I know with all my heart that the same God that kept me alive then is the same one holds my hand when I'm weak, and gives me hugs when I weep. And I don't want smoke to be the reason for my rock and roll, I don't want substance to be the reason my body bleeds! "Prone to wander, Lord I feel it…" but if you'd hold onto me I promise I'll do my best to keep on trying to believe! "PRONE TO WANDER, LORD I FEEL IT! Prone to leave the God I love. Here's my heart, Lord, take and seal it, Seal it for your courts above."