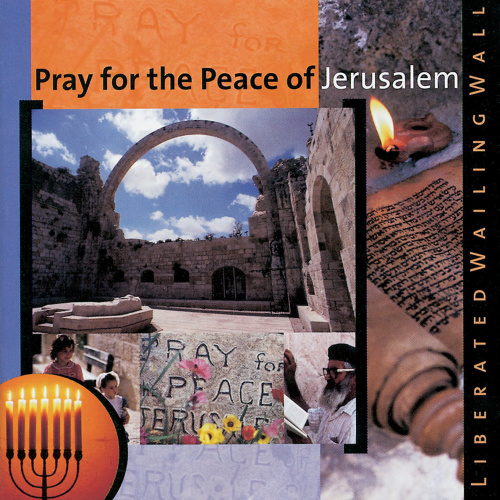 Pray for the Peace of Jerusalem by Liberated Wailing Wall

Album: Pray for the Peace of Jerusalem

Moses spoke to Israel.
He said, Some day there'll be,
A prophet from among you,
Who'll speak for God like me.
SO hear me now and hear Him then,
For God will speak to thee.
Thru Y'shua, obey Him when He comes (when He comes)
Y'shua is God's Anointed One.

Isaiah said Messiah,
Would be King on David's throne.
Though He would be the Son of Man,
He'd not be man alone.
He's Wonder, He's counselor,
The Mighty God is He.
Forever His kingdom will increase (It is He)
Y'shua the righteous Prince of Peace.

The prophets wrote that He would die,
To take away our sins.
They said that He'd be crucified,
And that He'd rise again.
It's written in Psalm Twenty-two,
And Isaiah Fifty-three,
That Y'shua would die for you and me (come and see)
The prophets predicted it would be.