Run 'em down by MG! the Visionary 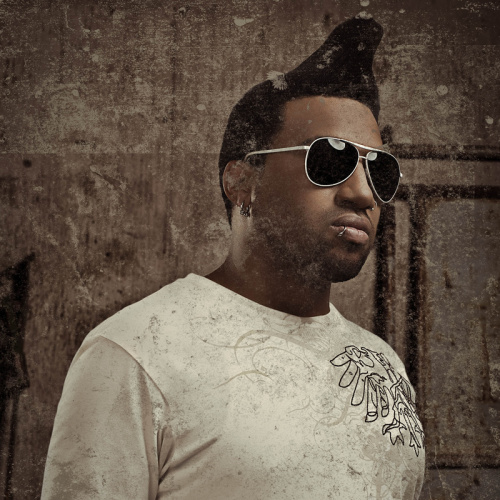 Run 'em down - Single by MG! the Visionary

Run 'em down
by MG! the Visionary

-VS-
You wonder why it sounds so mean,
Amerie said it yo, "its just one thing" and there
Ain't nothing funny when they show no green,
get treated so dirty but I spit so clean.
I mean, that type of thing is so obscene.
'Cause I ever put down for ya'll. Nawmean?
Harmonies like Queen, moves like Ben Vereen,
But Jake's on my case like I fled a chase scene so...
Paying dues like heroes before me.
Unfortunate, its the same old story,
black man, white cop. Man the sh*t gets boring,
they hate a n!gg@'s guts but they're women adore me
Next on the menu, flex the venue
Sent a text to my best, "you're guestlist, fam, get through
It ain't really a issue. Thats my word and I sh!t you...
Not. Watch us rock like them kids Aerosmith do.

I seen 'em at my show waving hands like...1-2-3
Ya'll in the front row, paid money at the door count it out like...1-2-3
Wanna go toe-to-toe with me? Homie, you better bring at least...1-2-3
Keep counting.
I'm a mountain
You are about 10
seconds away from being permanently grounded.

-VS2-
Now let me set it str8, get you on the narrow
Use the kind of verbage guarantee sh*t is thorough
Play it in your borough, white boys in camaros
Blacks in Lax and Devilles, or white friend's camaro
I sound crazy, this ain't the 80's
Never played dolls but I "cabbage patched" with ladies
2010, on some way-back-when
I make it current 'cause I'm currently the sh*t thats in
So if you wanna win, lets go get it then
Next when you step ask your mom's if you can roll up in
Her Ford Tempo, rollin with your kin folk
No iPods, grab this here cassette. Put it in!
You can hear the hissssss like its an instrument
EFF noise reduction. I'm analog, bitch!
Now I'm thanking you for your time and stayin up on your mind
We can do this every time. You know where I is!

-VS3-
And some say he lost his faith and ain't reppin'
Some say he uses breaks like they're weapons
Some think he left the state as a reprobate and
Neglected the fate on his plate, and kept steppin
Some don't understand why he do what he do
Most will never know how these evil people
Judge and never budge have you in the fetal
Bent to detriment, doing the sh!t illegal.
But it is written, this too shall pass.
He paraphrased that to, "they can kiss my ass."
So he came out the darkness and shadows to spark this
Rhythmic revolution, put his sh!t on blast.
They couldn't take him, shake him up or fake him
Tried to break him down but he was built to last.
Now he ready to go, with his name on the roll
Middle finger to the fakes with his foot on the gas like...

Related Albums by MG! the Visionary