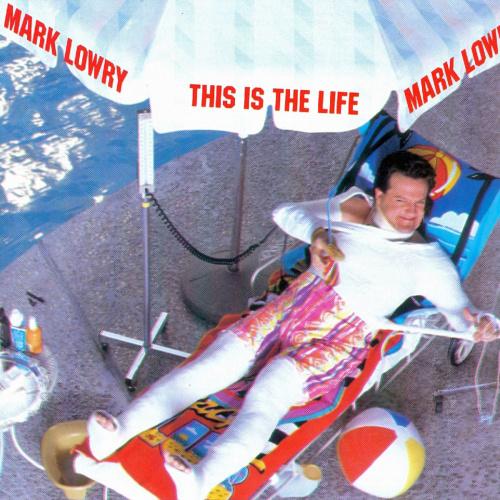 This Is the Life by Mark Lowry

Album: This Is the Life

Out across the desert, you can hear a fearful noise
The raving of a giant, who had thunder in his voice
Send your strongest warrior down, God's people heard him say
And a youngster with a slingshot headed out Goliath's way
Goliath roared and ridiculed a boy of David's size
But that was just before the stone hit square between his eyes
And then the earth beneath him trembled as that giant hit the ground
And that was when the philistines first heard this awesome sound

The chosen ones of Israel were fleeing Egypt land
Escaping pharaohs' tyranny with Moses in command
They ran in fear and trembling with old pharaoh on their heels
With thundering of horses hooves and screaming chariot wheels
The red sea lay before them, and not a one of them could swim
But Moses split that sea in two, and they walked right in with him
And as their sandals touched dry land, the sea came crashing down
And as it covered pharaohs' head, he heard this haunting sound

Now Samson was a muscle man, whose strength was in his hair
Well he loved to fight, and he loved to spite, and y'all he just loved to take a dare
He wrestled down a lion once, and he laid him in the grass
And he whooped a whole battalion with a jawbone of a … donkey
But later friend betrayed him, and his enemies got wise
They cut his hair, and chained him up, and put out both his eyes
But Samson let his hair grow out, and he pulled the temple down
And beneath that pile of rubble, you could hear one… little… bitty… tiny sound

Now Satan is a liar, a destroyer, and a thief
There's nothing he that he would rather do than give us gobs of grief
But there's a way to shut his mouth and make him leave the room
Just speak the name of Jesus, and then sing this little tune