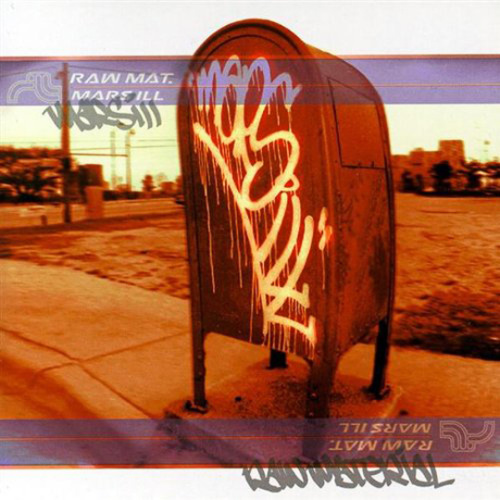 (Verse 1)
Put reverb on my vocals, I don't want to repeat myself
Like no one else before or after on the grill of the mic
Mars ILL, in the still of the night when the feeling is right
Look through the eyes of a planet, grip my pen and I write
For the children I fight, with force of millions I strike
But those willing to bite are winning the spotlight
It's not right. You feed the multitudes with 7 years of famine
Musical mentors span from Hanson to Marilyn Manson
I illuminate the path of the righteous when I'm lampin
Hip-hop's dope from the inside, How's it look from where you're standin?
Need a stand-in? Get your hand in, there's no real need for talent
Today's heads are overentertained and underchallenged
Keep it balanced the words you say behind the doors of where you stay
The sanctuary of your cage to the safety of the stage
Turn the page like Robert Plant and plant my feet on better days
Emcees who slept for days, you know they must be swept away
Far and away, few and far between what's dope and classic song
Where fly and fresh are automatic, that's exactly where I'm from
From beat breaks to the realms of deepspace where stars chill
The new edition, bump John Gill, it's Mars ILL.

(Verse 2)
Keep your finger on the pulse of ink pumping through my veins
Thumbing through the pain, running in the seventh lane
The bane of my existence derails my train of thought
I bait the hook for the resistance, hope and pray that they'll get caught
Ought not step to my cypher, or get removed like a tumor
Crash in the sea of inexperience like JFK Jr
Sooner than Oklahoma, known to bomb your whole persona
On the works of God I meditate to break the way you wanna
Smoke your marijuana cash crop, move product on the blacktop
A genocidal backdrop, and cats still give you mad props
Track stops, rock on upon the rock beyond
Imagination's strongest station, frequency so you'll respond
I'm there for you to lean on like Morgan Freemon
Cooler than some freon, light up the mic device like neon
My word, it be bond, so Satan can simply be gone
El Shaddai commissioned, attack mission be three pronged
Go back and forth like ping pong with Dust the elusive
And sing songs of hope for the abused plus the abusive
Recruited to martyred on the cross of mass appeal
Mars ILL, here to redefine how music makes you feel