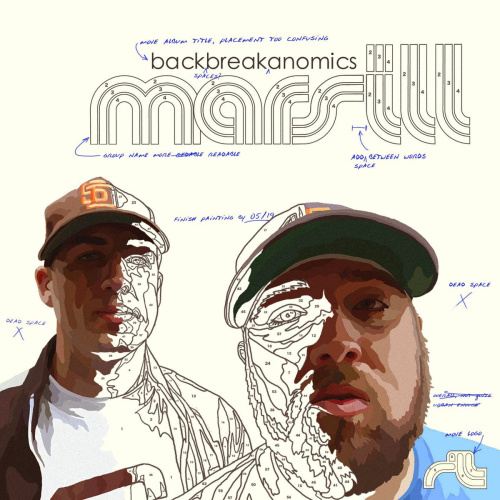 Yeah, we got something else to say, believe it or not/
We don't claim to represent each element of hip-hop/
I'm eloquent on the mic, flip language, that's what I do/
Enlighten fresh subject matter and deliver it straight to you/
In the vein of Pharaoh and Chuck D, I still feel lucky/
To be able to share the vision and describe the way it struck me/
Interrupting the senseless noise that ClearChannel services/
Resurgence and revival to defeat this sense of worthlessness/
And Dust (scratches)
Well Dust completes the thought that I began/
His words are drums, he's talking now, but can you understand?/
Well I can, and there's a legion of fans that get it also/
His audiomatic scratch patterns are all pro/
Hit your torso full force, a course of future things to hear/
Press your head against the speaker. Catch this double-feature/
Make believers out of fence-riders and critics in one verse/
But, yo, I got something to clear up first/
See MC's are the mouthpiece and always the first to give props/
To every person that's ever windmilled or knows how to uprock/
But the b-boys could care less about the way you flow or rhyme/
They don't even listen to any rap after 1989/
So take the time. Take a minute and take a good look/
They live inside the breaks and stay addicted to the "Good Foot"/
Should you ever meet one that says he has my album/
Take a picture for me 'cause that's rare, one in a thousand/
And graf-writers, well let's be honest/
You don't really like my music and I can't read the words you're bombing/
I mean, who am I kidding? I've seen burners that moved me/
And I like to ride the train and let the pretty colors soothe me/
But I don't vandalize, I'm afraid someone might shoot me/
And I'm available if any of ya'll ever need to speak through me/
But I won't push it anymore, see I'm giving ya'll some leeway/
For now, I'll speak on behalf of myself and plus my DJ