You Can't Hold Me Down by Mogli the Iceburg 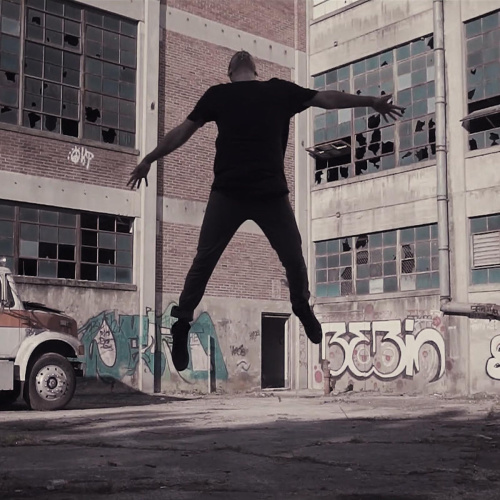 You Can't Hold Me Down - Single by Mogli the Iceburg

You Can't Hold Me Down
by Mogli the Iceburg

Album: You Can't Hold Me Down - Single

Black kids called me a cracker
White kids called me a beaner
Ate lunch in school alone
Cause I didn't fit in with either
They told me that I can't rap
Did you forget your ethnicity?
But lookin back from now they
Couldn't see what God had planned for me
Let me get it lemme put it down
One time for, anybody out there following their dreams
Anybody in the city workin two jobs so
They can get to bigger better things
You can't see the hours that I put in
Every day and night go to every track I write
Go to every beat I made just to hit em with the fade
When I stick it to the people that had
Told me that I couldn't, yeah
After all of the years that young Mogli wore a frown
I finally learned that it's okay that I'm not white or brown
And though the people lookin sideways drive me crazy
You can't take my pride from me I'm cool
With the way God made me
By the way you react
I can tell that your hatred intact
You called me dirty, uneducated, illegal in fact
Went to talk to Black Lives Matter
And I said Latinos do too
And they told me
Check your white privilege, boy
This is not about you

You can't hold me down (x4)
Verse 2:
Got grandpa that was German
Got grandpa that's a Mexican
But don't you say that round him
Get corrected, we American
Family multi-colored from the darker to the fairer skin
And though we share the same blood
Blows my mind they still think less of him
We infected with the self-hate
Scar tissues from the wounds that are cut deep
So when other people sin we just retaliate
Man it's our own hearts that are too weak
See confederate flags on the back plates
Feel like the tenth one I've seen this week
Man that's the type of thing that make me go crazy huh
How can this be America?
I still get misidentified, some think that I speak Arabic
Heard it all before from towel-head down to a terrorist
The butt of all your jokes
I got my hand up on a bomb trigger
But sometimes it gets brutal
"Boy you just a stupid sand n*****"
Your ignorance astounds me
So much that I can't even get mad
But then I think about my cousins
Who don't have the same privilege I have
Like if things are this bad for me
How much worse is it then for them?
With no white side for them to lean on
Gotta give it up to Jesus in the end

Related Albums by Mogli the Iceburg