God's Not Dead Message by Newsboys 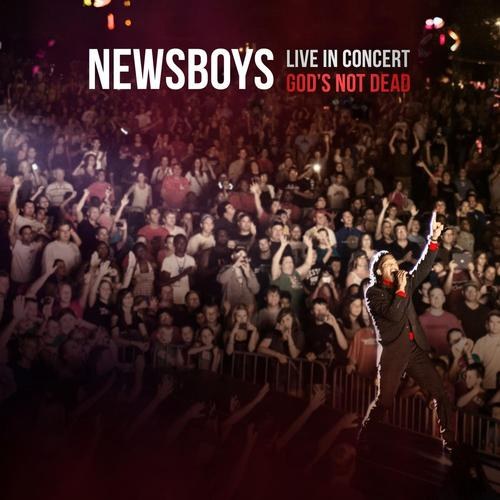 Live in Concert - God's Not Dead by Newsboys

God's Not Dead Message
by Newsboys

In the beginning, God created the heavens & the earth. There is no question in scientists' minds that there was a beginning, but what they can't answer is how it began, or more importantly, why? Why is there something rather than nothing? Is the universe merely a product of random chance? Or does it reflect the order in information that speaks of an intelligent mind behind it all. Some have suggested that the universe could pop into existence out of nothing, but what they fail to tell you is that, in quantum terms, nothing isn't really nothing; it includes the laws of physics. For example, the notes that you hear from this keyboard tonight could not be made without it first existing. So either you believe in an eternal set of laws, or an eternal law-giver.

Then there's the question of life and how did it begin. Some scientists and philosophers say evolution can explain it all. Unfortunately, evolution is a theory that only tells you what happens once you have life; it can't tell you how it began. And the chances that it could have happened by chance are staggering. Have you ever pocket-texted someone by accident? You might get a few letters that are strung together that make no sense. If someone texted you and said, "Don't tell anyone but I cheated on the test." The chances you could claim you pocket-texted that would be extremely high. But what if it was an ordered sentence of 3 billion letters? That's the intelligent information in our human genome, in our DNA. The most accurate statement about us, as humans, is that we are fearfully and wonderfully made.

But for the question of why we are here: we were created for relationship; relationship with God and relationship with each other. But something happened to this wonderful creation. A virus was introduced into this system called "evil." Evil is the opposite of good, and evil is a choice, it's a wrong choice. And the evidence of morality itself again points to the God that made us. Because without God there would be no basis for morality. As the Russian writer Dostoyevsky said, "If there is no God, than all things are permissible." But why would a loving God allow evil? It was the risk he took to give mankind a real freedom to choose. And evil would not have the last word.

God entered His own creation, as a man, Jesus Christ. He lived the life that we should have lived by choosing to do good and not evil. He died the death we should have died in our place. He took the punishment for our evil upon Himself on the cross. And three days later, He rose again from the dead, proving He was the Son of God and He ultimately broke the power of evil over us. As Jesus said, "I was dead, but I'm alive forevermore. I have the keys of death and hell." But it's when Christ comes to live inside of us that we give the ultimate proof that He indeed exists.

The God that created the galaxies lives on the inside of every heart that believes the gospel. And He is ready to roar like a lion. GOD IS NOT DEAD.