A Million and One by Nomis 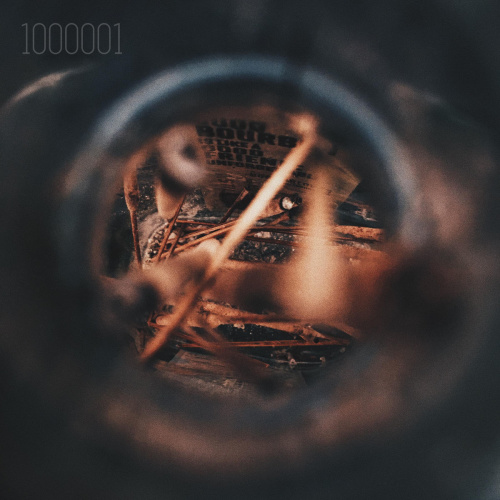 A Million and One - Single by Nomis

A Million and One
by Nomis

Album: A Million and One - Single

Verse 1:
If I had to count up my mistakes it'd be a million and one
i'd have to admit, the dumb was almost brilliantly done
I have to forget regret because the path that we get
is either hazardous or becomes our Lazarus pit
now I emerge the young man who wrote Sisyphus
Atheist taught in God body while I'm basking in the dissonance
Splashed, got a buzz then it passed
(cause) As for my momentum, honestly I'm vastly the antithesis

Like Onesimus, free'd from my bondage when I flee'd
made clean, now proceed paying homage
we're displaying promise in the rhyme
and I don't define morals, but (I) draw from a time thats primordial
I'm primed to defy normal while I'm, still a mortal in his prime
through a means that is Oral, which means I'm immortal
fall short of divine, trying to love all of my enemies
but its hard to be cordial when you're maligned

Lord knows how they treat us, publicly they used to beat us
devised a new way to delete us its equally egregious
from the moment we're a fetus feed us Trappin' or Rappin' or go and buy you some Adidas
the cycle is completed they've depleted our psyche
teaching whites to not receive us, 'less they see us in Nikes
or a great suit, or on a stage either way its all the same
entertain or give them something they relate to

Verse 2:
It's been a minute that your boy has been pursuing this,
Wanted to quit the game but never could go through with it,
I was touring, met a million different stewardess'
But now they're asking "who is this?", and questioning my stewardship
When I was new to this, I would hit the stage excited,
a backpack and hooded sweaters for days
It was pure, just hyped to put them letters to page
now I'm coming for heads, and rhyming with a veterans rage

I swear this isn't getting me biter
just encouraging artists, think on what you pick to deliver
I'm in full support of anybody speaking for justice
but consistency is key to get the people to trust us
they tease in disgust, cause they don't see
the truth is coming in my reign, like Im caesar Augustus
thats deep, how deep? deeper than Atlantis
deep within the ocean, no thats deep beneath the planet

you'll never catch me popping a molly
but, my ancestors got it popping in Mali
also Togo, Ghana was so close
the irony I'm Cali, my people seem to rally at Gold Coasts
my brother Science from the Valley my Co-host
I'm Gallery, tally up we proudly some locals
knowledge comes when you acknowledge you don't (know), thats Socrates
This is for the ones who never rocked with me, Million and One