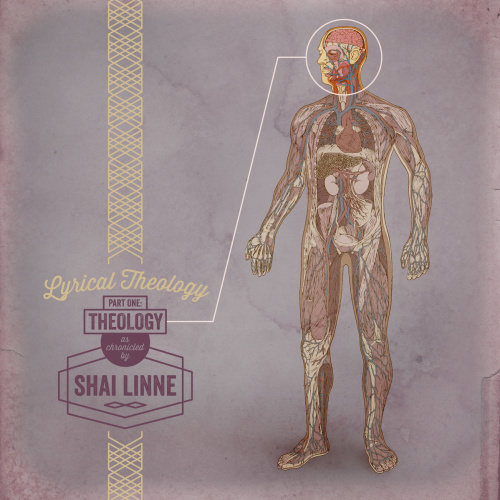 Verse 1
Picture the risen Christ surrounded by His disciples conducting
A vital discussion to give them their final instructions
Said the Holy Spirit would fill them with power and might
To be His witnesses- a cloud took Him out of their sight
Resurrected and glorified, ascended before their eyes
He entered into the heavenly courts on high
The conquering King was welcomed back to heaven
Foretold by the prophets in Daniel chapter seven
The angels remained amazed, proclaimed their praise
As the Holy Flame ablaze approached the Ancient of Days
Imagine the ovation that the hosts of heaven gave to Him
Acclamation louder than a thousand packed stadiums
He purchased His people, took what they deserved for their evil
His work was completed; sin, death and the serpent defeated
Psalm 110:1 is massive deep, the Father's glad to speak
To His majesty: "Your task complete, so have a seat!"

Praise to the Lord who was crucified
Atoned for our sins, in our place He died
Raised on high to the Father's side
He's coming back for His Bride
But now He's exalted

As we speak, Jesus is seated in the heavenlies
While the Father is steadily defeating His enemies
Applying pressure, who can contend with the Lion
Whose mighty scepter and rule is extended from Zion?
Perfectly, at the end of the second verse I see
It looks just like the church to me, this rule is happening currently
Yo why do you think the church remains to this hour?
The Savior won't allow her to be by Satan devoured
We freely offered ourselves on the day of His power
In Holy garments arrayed- we're the spray of the shower
Of a heavenly dew that slowly covers the earth
From every nation to show what His suffering's worth
Jesus will keep His treasure, through the roughest seas and weather
That He would bleed for our deeds, intercedes- guarantees indeed we'll be together
We can't conceive the measure of the heaps of pleasure
See, whatever we think, it's even better- Jesus, He's our priest forever

It's deep and clever, Jesus seems to be stopped when He's dying
The second time around, He comes as a conquering Lion
Even kings will be smashed if they wait in His path
In blood they're taking a bath, it's the day of His wrath
His judgment's execution, Holy, righteous retribution
He'll reverse the curse, but first murk the earth
with much worse than electrocution
The War's beginning here- and scores are in despair,
It's corpses everywhere, yeah it's morbid, but it's fair
He'll drink from the brook then He'll look up just like He's Gideon's soldiers
It's time for the war, cats rocked to the core, no pity from Jehovah
The rule and reign of the Babylonian city is over
Christ will bring all of His enemies to a hideous closure
The text is warning ya, the Lord is a warrior
But for all who repent & believe there's plenty more in store for ya
Worshipping the Lord for all eternity, never exhausted
As we proclaim that Jesus Christ is forever exalted!