Let That Thang Go by T-Bone 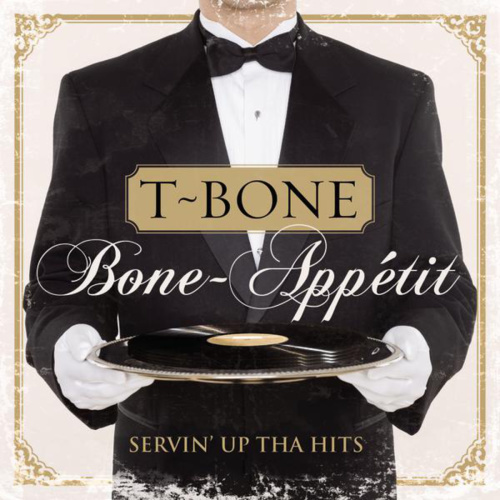 Let That Thang Go
by T-Bone

I'm trying to change this music, my nizzle
It's official, I'm tired of hearing heaters that whistle and sizzle when gangstas pull out they pistols
I'm like money trying to get in the middle and settle the difference
Cuz too many rappers is tripping, don't nobody wanna listen
Plus I'm tired of all the cussing and cursing
So I started rehearsing working on converting a better version
For every person that's hurting lurking searching for life's purpose
Feeling suicidal and worthless but you ain't certain
If you ready to die and leave this earth's surface then cross over
And see what's on the side of this life's curtain
Call me the Moses of rap, taking it back to tha days when this artifact
Wasn't bout the woman and gats
I'm sick of this rap, matter a fact
How many more women you find to pimp, and gangstas we gonna cap
We murdered them all, Pac and Biggie there ain't here anymore
Better do something, sound the trumpet, cuz' I'm goin to war

It's the Nicaraguan son of Big Pun, who flip tongs
On kick drums, and leave rappers like victims from big guns
Better panic, cuz I'm charismatic and automatic
When it comes to this phonographic magic, I gotta have it
Like an addict, I'm the magnet pulling these Asiatic and Hispanics bandits
To make em put down tha cannons, I'm standing for unity in rural communities
Filled with darkness and cruelty, where men get woman paid off of nudity
It's soon to be all over, I crossover barriers of hate and racism plus I bring the Cross over
I'm out to change all the images in our villages, and all the religious criticisms from church citizens
Always pointing, judging, shrugging ya shoulders at the adulterers, fornicators, and cobras
But never question our culture, Biggie prophesied ready to die
50 took 5 and got rich and Pac's mamma still crying

Suckas surfing the internet trying to find kids for sex, and placing bets
Credit card fraud is next, they write them checks for chicks on em porno flicks
When they shake they hips sick wit them chain and whips it gets
Even worse, truth hurts, don't be mad at me, I ain't the one getting paid enhancing they anatomy
And gradually, they rotten out like bad cavities, then periodically prostituting and armed robberies
This how we raise the little children of America to grow up and be criminal, rapist, and bomb terrorist
From the second they're born, innocent but torn
Between these 2 worlds fighting for souls, like tug a war
Who's keeping score got juveniles in the morgue, while killas winning awards
And steady and praising the Lord, they cheer and roar
Ego tripping has gotta stop, gotta shine and rhyme in his name instead of hip-hop

How many more of our people gotta die
Before we decide, genocide isn't only in war
It's also in the words that we write
We got tha power

I keep it gully like a Cali general running the streets, ya freeze when I speak
Memorized my style is unique, we bringing the heat like the Bahamas talking the word
From Nicaragua to communist countries like China, Iraq and Havana, canta lo, Godson levanta lo
They lace the beats then I rock the flow, she hit them notes
Collab then we rock the show, think we blessed
No doubt, count the dough, we make about oh 25-30 a show
People flying from other countries just to hear tha Bone flow
Sick wit the skills to the point that they wanna honor me
But I'm not honoree I'm on the Rock like Sean Connery
And yall fond of me, the rest is just wanna be's