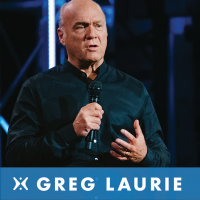 Greg Laurie is the senior pastor of Harvest Christian Fellowship with campuses in California and Hawaii. He began his pastoral ministry at the age of 19 by leading a Bible study of 30 people. Since then, God has transformed that small group into a church of some 15,000 people. Today, Harvest is one of the largest churches in America, and consistently ranks among the most influential churches in the country. As of 2017, Harvest has joined in affiliation with the Southern Baptist Convention. Laurie is the featured speaker of the nationally syndicated radio program, A New Beginning, which is broadcast on more than 800 radio outlets around the world.