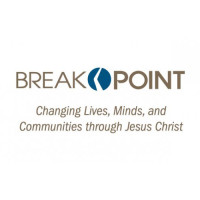 BreakPoint is the worldview ministry of Prison Fellowship. It was founded by Chuck Colson in 1991, after he realized that people were pouring into prisons faster then he could reach them with just Prison Fellowship alone. So, to boost his efforts, Chuck launched "BreakPoint" which began as a daily radio feature that provided a distinct Christian worldview on everyday issues and conflicts. Focusing on crime as a moral and ethical crisis within our culture, Chuck sought to tackle the root of the problem. Today, BreakPoint has extended its outreach to not only radio broadcast that can still be heard on more then 1,000 radio outlets nationwide, but interactive media and print as well.