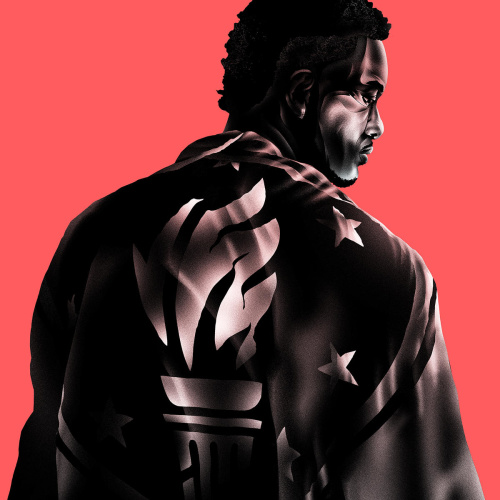 Verse 1: KB
They wanna see your boy Kevin wear (down)
Hope the worst when they tell me go and break a leg
This music with or without me boy
Still gonna be intersecting circles like an Audi boy
Feelin' like I'm ballin' boy
Reading James can't let my heart harden boy
Don't need a side chick the main dish a problem boy
I be turning down girls like the volume boy
Do what we wanna do
Truth and the fruit, who really wanna juice
Move with a humble few these dudes who befuddle you
Derek Jeter boy, we cool being number 2
Them sons of the Father
Beast all four quarters won't change for a dollar
I put it on my momma
I ain't got no worries like hakuna matata

Verse 2: KB
The Lion King said D-I-E
Then brought us back to life like a EMT
No Biggie to me that you could do it B-I-G
'Till you and God align like a DMV
You rappers are neon green
Yukon Denalis, wanna be G MC's
But overdose on Christ see a G OD
G-O-D, that's what you see on me, now turn up
They know when we pull up
Where they working them traps like a pull up
So we bringin' 'em trap and a full cup
The full cup of water that's livin'
They don't know what to do with us
Degree in theology, raps for a livin'
Black man in first class that is reading the scriptures
I put my tray table up
Smile, why they lookin' sideways?

Verse 3: Lecrae
Ooh, I promise you, you better come tell 'em, tell 'em
I ain't the one, I never was, I never will be
Somebody better come get 'em
I wonder what got in they head
Wonder what got in they mind (mind)
They got me mixed up, messed up
Click, hold on it's somebody on the line
Hello, uh, I ain't tryin' to build CHH
I'm in my own lane but they like he ain't safe
They rappin' in a bubble can't nobody see they face
I ain't worried 'bout a genre, the street ain't safe
I know some people out there probably envy my space
But envy is empty, come see my face
Full of scars, full of pain
I don't see much grace
Street Fighter, Ryu, catchin' heat all day, I'm good
And lately I've been hangin' in the hood
Everybody lookin' like, what?
You for the people, you pushin' back evil
Not just in the steeple, you out in the woods
Where the lions and the wolves at
Still waters run deep, but my crew run deeper
We already died we ain't scared of the reaper
We are too alive we don't fear what you're speaking
Seeing sideways, eyesight crooked
You ain't never seen us cause you ain't lookin'
And if I say Jesus, everybody start bookin'
Get out the kitchen when I'm cookin'
Pot sideways, whippin' that, whippin' that bass
That's what they wanna hear us say
Until we all get caught selling twenty dollar rocks
And we're just another slave of the state
Seeing sideways!