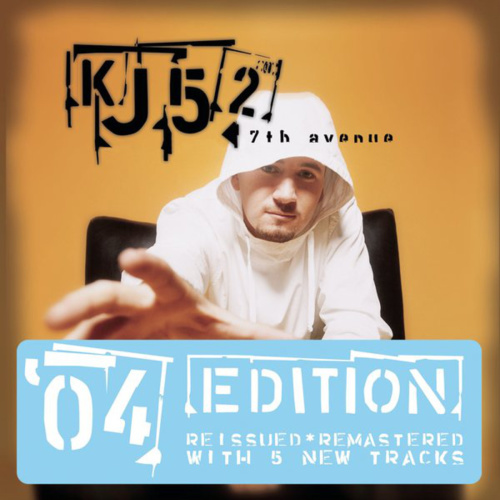 Intro: Phanatik
Yo, it's Phanatik
You know how I do
I ? (I do) the stage with KJ-52
And ain't no stopping that
On top of that, I got Ambassador
Blasting you with the fact

Hook: KJ-52
Yo, it's the SOI
Unified, glorified
Recognize the Most High El Shaddai
Realize, you can't run, you can't hide
We verbalize, just to open up the eyes
It's the SOI

Verse 1: Phanatik
Who brings the pain, along with the prominence
Dominant, with godly wisdom, not just common sense?
Omniscient and the reputar with the rest
Of the attributes that disputes man's best
And guess: who keeps the toughest emcees on they knees
In the midnight hour, saying "Please!"?
To the same God they dissed they album
From the office of the White House to the slums in Shaolin
I challenge, the smartest to the phattest, rhyme-flipping acrobatics
They step up and tell us "What's the status?"
I'm not rhymin', you can give me mine's
I pull strings so that the Son's light can shine through your mini-blinds
See, anytime you see me and mines holding mics
It's only so the Son can be seen in a whole new light
Cause ever since the days of my youth, I've been out to raise the roof
To shed light and help men gaze at truth
This ain't pain, this is passion you seeing
This ain't a game, that he was at Athens Coliseum
Being chased while crying, getting ate by lions
Showing faith while dying, as we wait for I Am

Verse 2: The Ambassador
Like thugs scrambling, the date is just a scandal
I drop the rhyme for Christ, but got turned around
Like cars buying ? handle
I met the Son, the One that even loves vandals
(How much?) More than sick kids love Campbell's
More than romantics love candles
He made me holy, but let me stay rugged like Lugg sandals
(You can't believe this!) You see the ordinary outside
But something's significantly different
So your mouth's wide open
? a hypostatic mixture
God ? dwelling a man is butter with a picture
Crack pots who hit the jackpot
Fooling with Christ ? like this man with the laptop
We set the backdrop
Sin is ugly, wrecks more lives than drunk drivers
And plus we've seen it turn hard rocks to slushees
Yo you dreaming if you see this world with no Redeemer
And think ? hold up like a thigh with no thema
This one's crazy, one shady, never wanted just one lady
Met the loophole (kid) and did a 180
(One saves me) Just the right one baby
Praise the God who brought me up he did blacks out of slavery
Call the Navy, His love is sea-deep and wavy
We wave the white flag, surrender into God who made the
Whole world, with the design flyer than Paisley
Christ the sheep Shepard, and with the first lady
The church, and when he comes back, you know it's way c
No "ifs," "ands," or "maybes," we're out like the 80s

Verse 3: KJ-52
Too busy, huh? Yo, stop the blasphemies
I'm going to battle steady charging like some batteries
Graduate, first class, Cross Movement academies
Phanatik, Ambassador, to stimulate your faculties
? laced up like Parry C's
You getting on probably running with the Pharisees
Laying with the dogs, and you waking with the fleas
52 spitting words, deep like Pacific seas
I verbalize full circle, 360°
Dust be getting shocked, the heaven's mentalities
Lyrical missionary threaten the bias, match these
Triple trinity that reigns now throughout the seas
Overweight lyrics might call for arteries
But your hypocrisies will become your casualties
So, smoking threes had at least fatalities
I'm waiting for the day the whole world comes to His knees
Hoping with the Movement 240s not His steez
So underfed emcees, come and get your calories