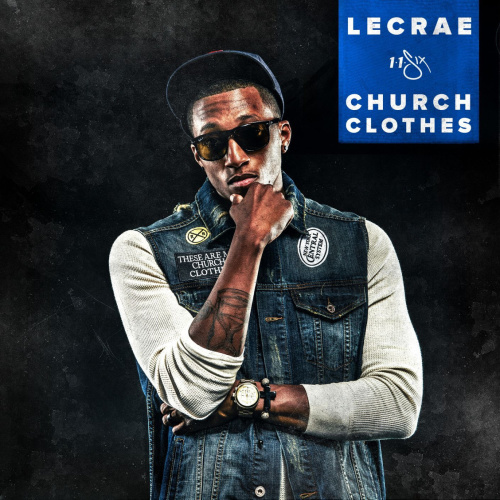 Verse 1: Propaganda
Slang came from a land were they suffer from the effects of depravity like gang bangin' and earthquakes.
Most famous no namers split a brain and plant a taste for the King of kings. I know it's a strange concept.
Pedalin' redemption boy what more can I say make me and Le-crae been trying to make Him famous since nine tray.
Fillin' these 58′s with phrases that would deem us unfit to succeed among these heathens.
It's so crucial in the belly of the crucible that you would understand that stage like your morning candle.
It's handin' out cancer that's why fame was never the aim and the back is the front – homie left side up!
That's a concept

Misconception
Those deadly habits have me losin' my cool...
It's what your frame of mind has chosen.
I'll leave your brain stimulated...

Verse 2: Braille
So many mis... conceptions- missin' the mark- mis-directed- drivin' wreck- listen agressive
Fueled by our false perceptions- our methods need corrections-
Spittin venom in their face and violate the ones we should protect it's an attempt to motivate
Neglect our obligations place the blame on someone else point out the flaws in other people and take the focus off ourselves
Those who have an abused – view leadership as illegitimate so they don't think it's necessary to play by the rules or submit
They see authority as nothin' more than a power-trip – they don't want to be plugged into it
They'd rather see that power stripped – get it? Power strip... It's unfortunate
Disproportionate the door is wide open for false teachers to twist the truth and distort it
No examples left to follow left to automize actin' foolish but can't see it so we're wise in our own eyes
The life and crucifixion of Christ is a beautiful depiction of service and submission – within a leadership position

Verse 3: Odd Thomas
You probably have it all figured out, right? Like your the type that believes that if you act right then that just might make you righteous in God's sight
You've been a really good person, you followed the good book as much as you could, you probably didn't go to church as much as you should, but it's all good
I mean you never really killed anybody, never really steal from anybody, you never lusted much, or did much, touching of any bodies.
You never use the Lord's name in vain, and you respect you neighbor, you try to maintain peace, love your enemies and not hold on to anger
You really believe that you could receive God's favor by your good deeds and right behavior
But your dead in your transgressions and need a savior
Cause you could never win God's approval with the removal of sinful discretions – your righteous acts of removing God's wrath is in fact the biggest misconception...

Verse 4: Lecrae
Since my conception iv'e been riddled with deception
Televised lies devised to lead a blind insurrection
Against the resurrection - and the greatest misconception the world believes the Christian is foolish without direction.
And they knock it they knock it but what does it profit a prophet to be socially ostracizing no we they ain't stoppin' the mocking
But if there is anything I can do to raise the stock in the market for a Biblical worldview then there's no longer an option
Here with the humble beast, ain't no subtleties, ain't no tongue cheek, this is what I mean, they don't understand anything about the faith I believe, and they want to belittle me
But it's cool though. They just know the pseudo, the fake faith, the false one, the western God that's man made, not the Biblical Awesome
Toss em' – Pick up the Reasons for God by Timothy Keller and read it, there is a God you should believe in and his name is Jesus...