Side A - Juneteenth Intro by Maverick City Music, Lecrae 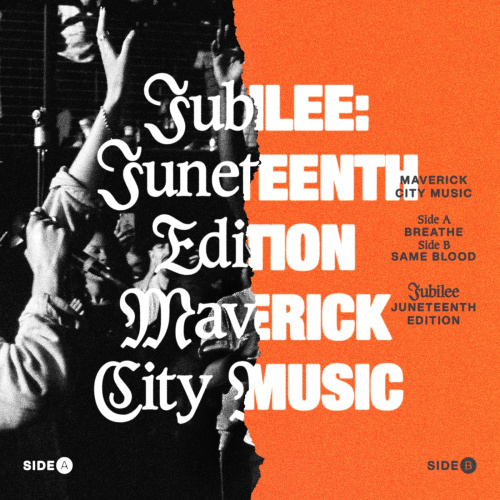 Side A - Juneteenth Intro
by Maverick City Music, Lecrae

Intro: Lecrae
Juneteenth, I know many people don't know what Juneteenth is
Let me give you a second so you can understand
What Juneteenth is, and- on June nineteenth
Alright, in- in- in 1865, everybody was supposed to be free, but there was, uh
Some people who didn't know they were free
In Texas, the people of Texas
They- They- They didn't know slavery was over
So if everybody's not free, then nobody's free, amen?
And so on July fourth
There were certain people who could not celebrate independence
Their independence came on June nineteenth
And so we can sit here and say
"Man, we love the freedom that we get to experience as believers"
But there's certain people out there that- that don't have the freedom that we get to experience
And we want them to experience that as well
Well, in 1865, everybody needed to experience the freedom
That they should have gotten and they didn't get that
And so in this day and age, we wanna celebrate everyone's freedom
We wanna celebrate the reality that God created us equal
That we are all humanity
That we are all God's children
And we all deserve to enjoy, to taste and see that God is good
Nobody should have that deprived of them
And so that's why we're here today
We're here to celebrate the reality that, man, God's people were set free
They were set free
Goodness and mercy pursued them and they were set free
They were liberated and that's something that we celebrate
If we can celebrate July fourth, we got to celebrate Juneteenth
And so, y'all, it- it's so much bigger than that
Because we're not just celebrating days
We're celebrating that image-bearers
People made in the image of God
Could now now taste and see how good God is
Could now dance in the streets together, hold hands
And it- it wasn't complete freedom
It- It obviously takes a minute
But we're still here today to work toward that reality
We're here today to celebrate what our ancestors couldn't celebrate, right?
And we're here today to celebrate a- a bigger reality
That even though some of us have been removed from slavery in an instant
That sometimes it takes a lifetime to get the slavery out of us
Sometimes that mentality still has to be removed from us
And- And- And there are people here today
Black and brown faces, who need to believe that they are free
That they- That they have the same rights, the same liberty that God has given everybody
And you know how they experience that?
By- By love being demonstrated, by empathy being demonstrated
By graciousness being demonstrated, by everyone being treated as God's image-bearers