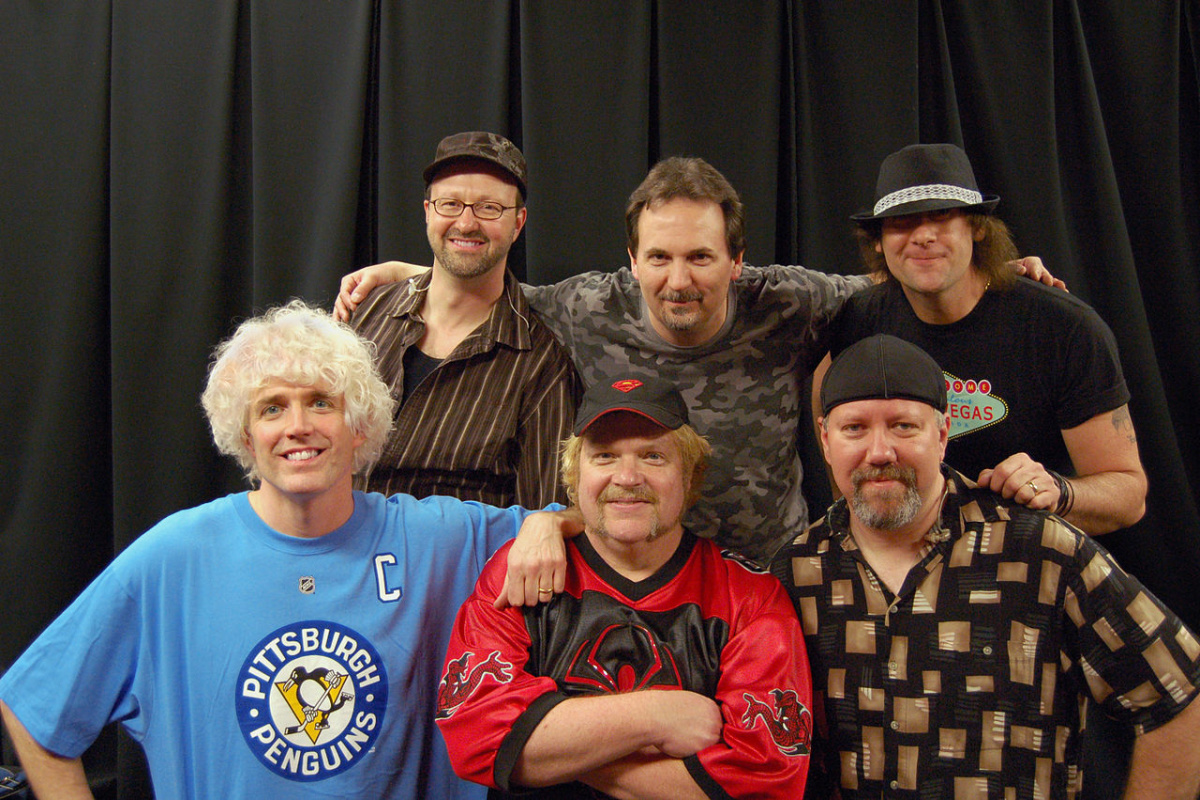 apologetix.com
ApologetiX is a Christian parody band from Pittsburgh, Pennsylvania, USA. The band was founded in 1992, and since then, has played in 44 states, released 17 studio albums, and built up a fan club that includes 45,000 people. The band is currently composed of J. Jackson on vocals, Keith Haynie on bass guitar, Jimmy "Vegas" Tanner on drums, Bill Hubauer and Todd Waites on keyboard, and Tom Milnes and Tom Tincha (a.k.a. "TNT"), both on lead guitar.