Man Up Anthem by 116 Clique 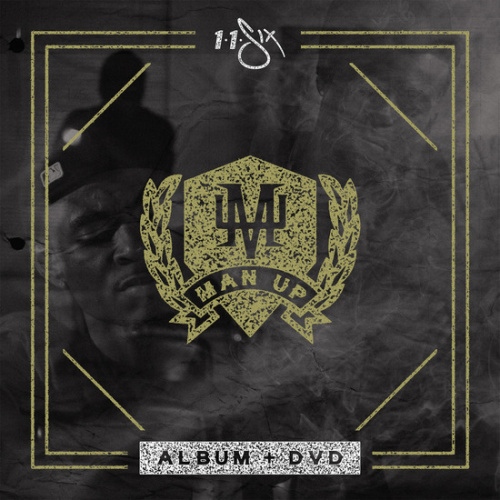 Man Up Anthem
by 116 Clique

Right after Adam every atom in our anatomy's had to make adamant after what Adonai is against
Let me take you back to the tree in Eden
If you read it, you'll see that Eve was deceived
But Adam is the one who let her eat it
Instead of leading, no we ain't leading we -bump that
Basically little boys with muscles and a mustache
The femininity.. We need a remedy
The God-Man A hundred percent masculinity

We the last...
Yeah, Where the men at, seems like they all lost
None of them are on the scene, seems like they died off
They extinct but my dream is to rise up
We chasin the prize of the King the divine boss
But we fell away, now we ungodly
We lose then we really got the blues like Na'vi
I want to celebrate the dudes that's beside me
Fellas let's elevate, we through with the lobby

They lied, Go ahead say boy get your shine on
And if a sucker try to block you get your nine homes
That's what I heard you gotta do to be a man now
Stand up for yourself so I took it in my hands now
And that's the problem man we busy trying to solve it
All the while we walking dead, man somebody bring the coffin
Voice drop peach fuzz now you think that you a man cuz you feeling yourself
You need to man up

Yeah, There's many things
Man is chasin' after
They got some questions
We got some answers

Sex and models and tippin bottles
Pack a pile of excuses right next to your bottle caps
A Rolodex filled with names that you aim to please
Next to the stack of money buildin up a heart of greed
Ice on his neck, givin' jokers the cold shoulder
You drunk off pride plus you loving the hangover
You gotta whole lotta stuff that won't amount to gain
Life will never make sense(cents) because you never made change

We got it twisted, sick like a fever
Lil man live to stack dough, Keebler
Man up!
Get up out of that treehouse
Leave them cookies alone it's time to eat meat now
Tryin to show you a new way to live now
No charge, you can call it a freestyle
Without Christ you wont know what a man is
You a boy in a man's body like Tom Hanks in Big

Yeah, Being a man got nothin to do with age
You can be a boy til the day you lay in your grave
None of us behave like the image of who we're made
Cause we fallen the ways it's better known as depraved
Running from responsibility really we crave
The easy way out of places that call us to pull our weight
Man they blowing through everyday decisions are made
Responding to the call God's giving 'em from the gate

Man Up!
Let the process begin, separate the boys from the men
Man Up!
It don't matter how you started, partner, it's about how you end
Man Up!
Jesus is the model follow us we gon follow him
Man Up!
We the- we the last of a dying breed
It's time that we