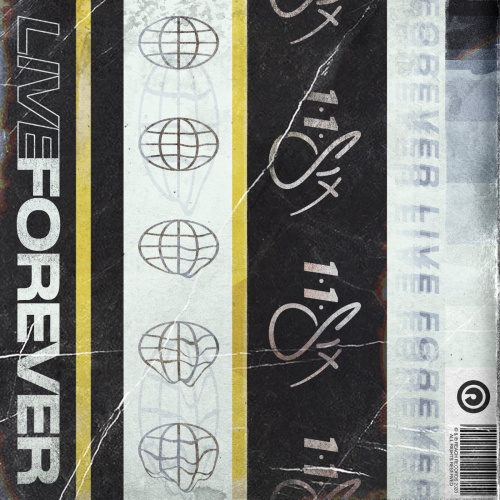 Verse 1: Wande
Ayy, I hit the block, yeah
I'm talking holy when I say I push the rock, yeah
I keep it moving, it's a movement can't be stopped, yeah
My life a movie must be why they tryna plot, yeah
They must forgot, yeah, yeah (Talk to 'em)
My God is poppin', there really no stopping
I hop in the coffin, I'm living like poof
Really I got it with no other option
You livin' in Gotham while I live in truth, ooh
Really, uh, they think it's odd like I'm Timmy, yeah
Talking that life I'm like give me, yeah
I live forever infiny

Verse 2: Trip Lee
Off with my squad, full of zealots, you can't tell a thing (Huh)
Yelling "Yessuh," ain't no fetish for amphetamines (Yuh)
Ain't no day of expiration this that evergreen (Woo)
Death is heading for us but we yelling "Where the sting?"
Bump a song but my soul never fall off (Fall off)
Call me Paul 'cause of Saul, it got sawed-off (Sawed-off)
All the glory I would haul, it got hauled off (Woo)
Second birthday my death day was called off
Threw my pride in the red, count it all loss
Split the sea so my path has been walled off
Ask me why I'm feeling bold 'cause I've been delivered (Yeah)
I bow down to Him who killed the killer

Verse 3: 1K Phew & WHATUPRG
I wanna live (I do), heaven and earth the crib (Heaven and earth)
Still in the field (I am), time to go kick the squib (Time to go kick)
I'm on the grill (Huh), time to go flip the ribs (Flip)
Lot of respect from bets, I told you we next, I'm callin' my dibs
Waited around for numbers to leave the house and then run in the spot (Ready to run)
Used to go deal some money when I was at Stevenson then we got caught (Used to go)
Now I believe in Jesus, Jesus, Jesus, why would I not? (Hey why would I not?)
Even though that what I said, they shakin' they head, but guess what I got? (Guess what)
I got the faith with me for real (Real)
Give me the plate, the grace, the meal (Meal)
Look in the sky the big reveal (Reveal)
Give us some doubt to make the deal (Deal)
He got the slug, the Louisville ('Ville)
I'm with the guy from Pleasant Hill (Holy)
And I came in with the soldiers
You better not run-up on one of these soldiers

Verse 4: Aaron Cole
Look, uh, can I reflect? Yeah
He brought my moms out the wreck, yeah
Brought my pops out the hood
Isn't he good? How can I forget this my calling
They been cappin', you can bang that, we been snappin'
Lord for me it's automatic, yeah it's Jesus over status, ayy, yeah
Now me and my mom is good
Crazy I waited for this moment bless that's understood (Yeah)
Even if God didn't do it homie I knew He could (Yeah)
I'm steady winning over demons like I knew I would, oh

Verse 5: Hulvey
I gotta testify (Testify)
Yeah, I'm so free gotta live for Him for the rest of my life (The rest of my life)
Sometimes you just don't see it when He's blessing your life
Uh, don't wanna miss it no more (No more)
Got my knees to the floor (Floor)
Yeah, it's time to go to war (Carvello)
I got so much on my mind I coulda blacked out (Blacked out)
I was workin' at the store, I took the trash out (Trash out)
I found true beauty in the rain
I found true peace in the pain
Put my whole life on the line for Him
When you live for Him then you'll die for Him

Verse 7: Tedashii
He gave my life like husband and wife, I told Him I stand by that
Like thief in the night, this thing gotta sight, no way that I'm backing back, wooh
Exile if I left, told 'Crae to feed the meter
Since '05 it go down, that new school, we the leaders